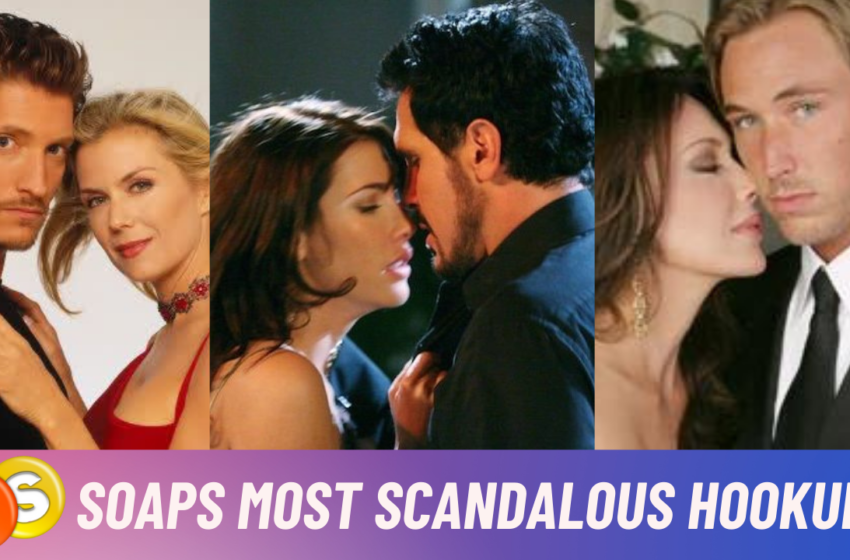 He was once her mother’s lover, she was once engaged to his son – but that didn’t stop Brooke and Eric from carrying on their scandalous romance. Their illicit relationship wasn’t without drama and resulted in the birth of their son Eric Jr.

You’d think that Brooke would learn her lesson after she hooked up with her daughter Bridget’s husband, Deacon and got pregnant with Hope in 2001. But years later, the Bold heroine wound up having a masked encounter with Hope’s first boyfriend Oliver at her graduation party. The fact that Brooke had mistaken Oliver for her husband didn’t help her case much.

In 2006, Bridget got her revenge when she hooked up with Brooke’s then husband, Nick. They went on to marry twice but ultimately separated after having troubles with getting pregnant.

Taylor hooked up with the only man who would not leave her for Brooke. Her son, Rick. Unfortunately, Rick had already hooked up with one of her daughters, Phoebe, and was using her to get to her other daughter, Steffy.

Rick and Amber were a popular pairing on the show but they had a weird start. Amber was hired as a babysitter for teens Rick and Bridget. She began flirting with Rick because she wanted to become a part of the wealthy Forresters. The Forresters accepted the relationship and Amber even got pregnant with Rick’s child.

In 2017, Steffy slept with her father-in-law, Bill. She was upset that Liam had kissed Sally when they were both trapped in the ruins of the Spectra Building…that Bill blew up, might we remind you. A paternity test revealed that Liam was the father of Steffy’s baby but it didn’t stop Bill from relentlessly pursuing his daughter-in-law!

We’re sure there are plenty of other scandalous hookups that happened over the years on the Bold and the Beautiful. Let us know in the comments which B&B hookup shocked you the most!