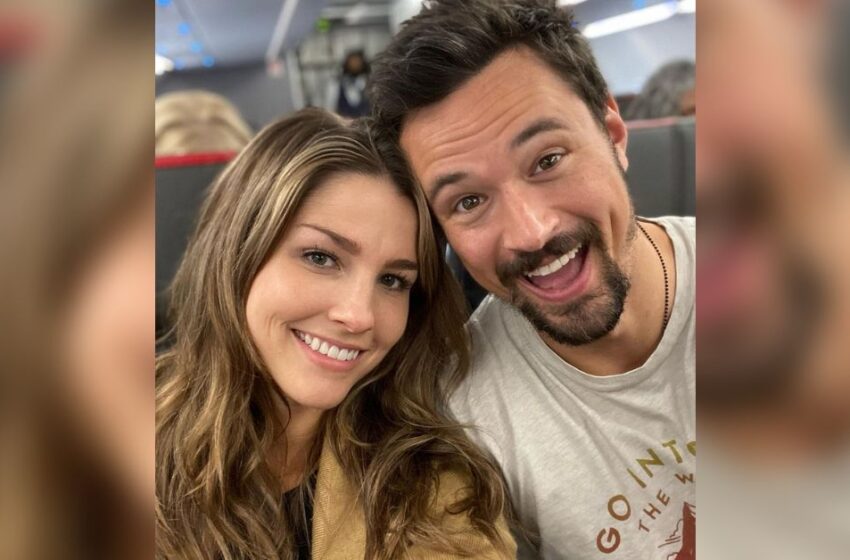 Matthew Atkinson is best known as Thomas Forrester in the soap opera Bold and the Beautiful. Matthew joined the cast of B&B in March 2019. The show always brings a surprising live connection. In the show, Thomas Forrestor has not been in a relationship for some time. Thomas lacked a love interest in the show in recent years and has been majorly playing as a villain. But what is onscreen might not be in real life. Keep reading to know about Matthew’s dating status.

Who is Thomas Forrester from Bold and the Beautiful in real life?

The American actor, and musician, Matthew Atikson was born on December 31, 1988, in Marietta, Georgia. He was born to Jimmy Atkinson and Connie Atkinson and also has an older brother, Paul. The actor from Eruption LA spent his childhood in Kennesaw, Georgia after moving from Alabama and Mississippi.

Atkinson has appeared in many TV shows including One Tree Hill, CSI, Drop Dead Diva, and Jane by Design. He has also portrayed the role of Austin Travers on B&B’s sister soap, The Young and the Restless.

The actor began dating Karissa Lee Staples in 2015. The couple dated for around 7 years before finally calling it quits. They met on the set of a Lifetime movie, Inspired to Kill. Atkinson revealed to Soap Opera Digest that in their first scene together, Karissa chased him with a knife as she played the role of a crazy person. “I like the crazy ones, so that just worked out really well,” he said. Even though they are not together anymore, Matthew still has some of her photos on Instagram. By now, it seems like both of them have moved on and are happy with their own lives.

Matthew has been sharing photos with Brytnee Ratledge. Judging by their pictures, it looks like they are in a relationship. But they haven’t made it official yet. Karissa, on the other hand, has started dating Kenny Miller recently.

Thomas Forrester was married twice on Bold and the Beautiful. He was married to Gabriela Moren. Their good friendship transformed into love but eventually ended after Gabriela was arrested. Likewise, he got married to Hope Logan in 2019. Thomas also has a son, Douglas Forrester, with the late Caroline Spencer.

After the sudden death of Caroline, he thought of Hope as a replacement mother for Douglas but eventually found out that Caroline’s daughter, Beth is alive.