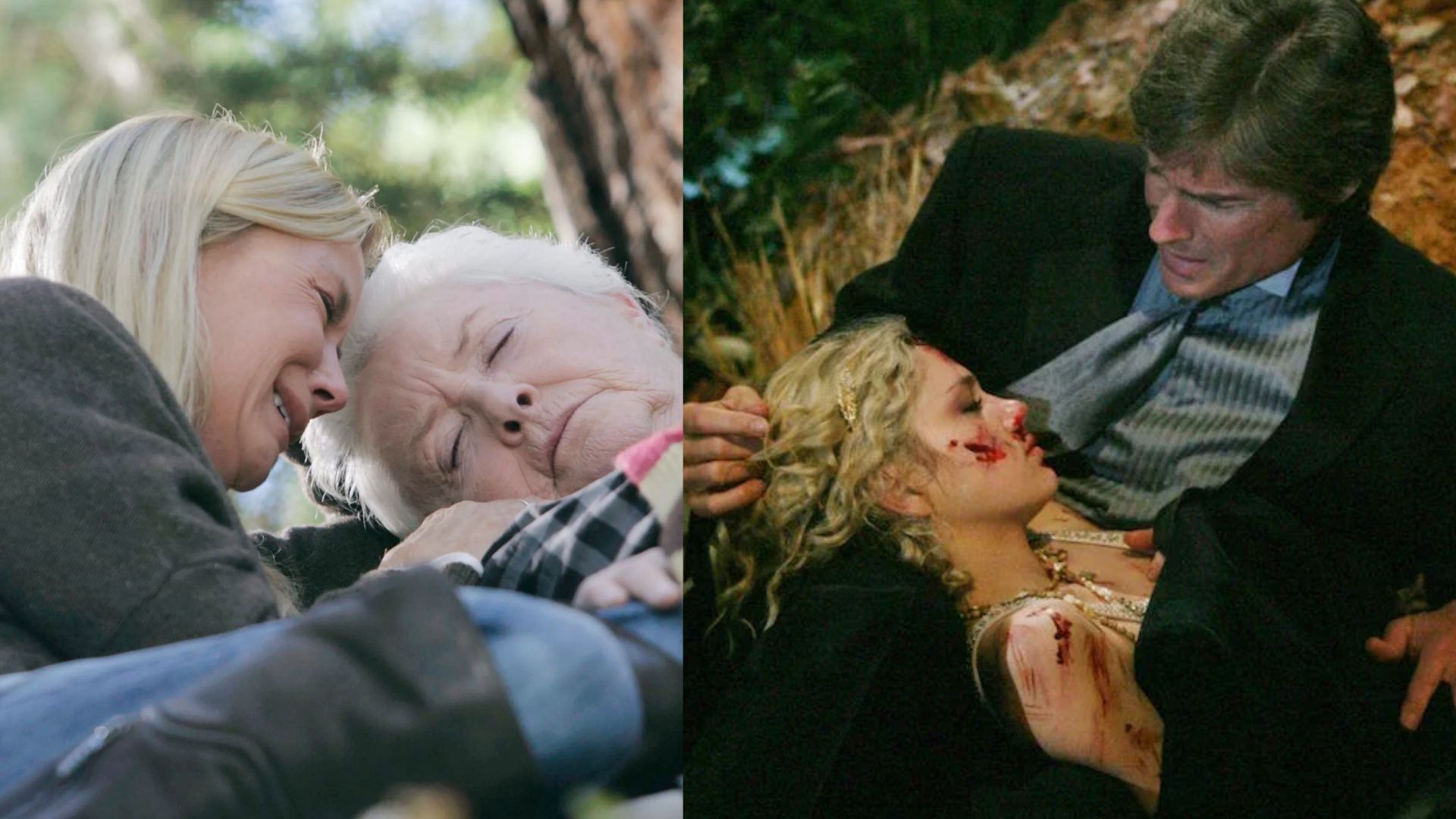 From car accidents to chandeliers falling on you, staying alive in a television soap opera is not easy. The Bold and the Beautiful has seen the loss of several essential characters in its long history. Today, we’re looking at four character deaths on the show that had fans in tears.

Whether you loved or hated her, Stephanie Forrester’s death was one of the saddest moments ever on the Bold and the Beautiful. On October 10, 2012, it was announced that Susan Flannery would be leaving the show after 25 years and thus began her cancer storyline.

After learning that her lung cancer had returned, Stephanie refused treatment and decided to spend her remaining time surrounded with her loved ones. The writers took this opportunity to bring Stephanie and her arch nemesis Brooke closer. On November 26 that year, Stephanie passed away lakeside at Big Bear cabin as Brooke sang to her.

Macy Alexander Sharpe has died twice on the Bold and the Beautiful but her second passing seems to be permanent. Macy was Sally Spectra’s daughter who was involved in a love triangle with Thorne and Brooke. Her first brush with death was in 2000 when an argument with Brooke ended in a terrible car accident. Brooke survived but Macy died in the explosion…or so we thought.

In classic soap opera fashion, she survives the crash and is revealed to be living in Italy with her family. She returned to Los Angeles, where she started singing at Oscar Marone’s hot new club. However, she got injured when a chandelier fell on her and went into a coma. Sally had to make the heartbreaking decision to pull the plug on her daughter.

The Logan family matriarch met a tragic end in 2010 when she drowned in the Forrester pool after an argument with Stephanie. Beth Logan had returned to Los Angeles to be with her family after her Alzheimer’s diagnosis.

Donna invited her mother to live with her and then husband Eric at the Forrester mansion. Stephanie tossed a special lace of Beth’s into the pool, then stormed off. Beth fell into the water trying to retrieve it and tragically drowned. In honor of Beth, Rick and Maya named their daughter, Lizzie, while Hope and Liam named their daughter Beth.

Someone should really stop soap characters from having arguments while driving because it never ends well. In 2008, Steffy’s twin sister, Phoebe lost her life in a car accident after an argument with her ex Rick Forrester, who had been kissing her sister.

Ridge was with his daughter during her last moments and she sang to him before taking her last breath. Jacqueline MacInnes Wood was praised for her powerful performance of a grieving sister.