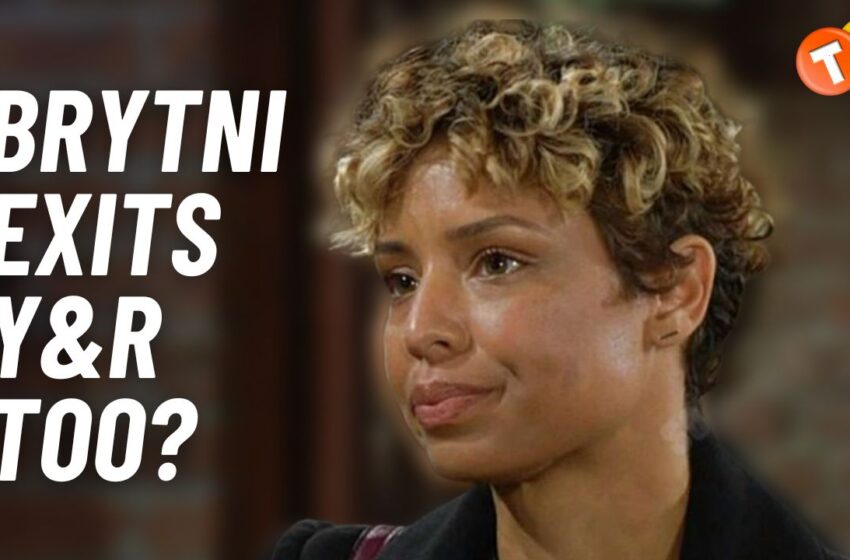 Y&R comings and goings predict Brytni Sarpy is out at Y&R for good!

Is everything fine with Brytni Sarpy at work? Is she next to leave Y&R?

On The Young and the Restless, Elena Dawson seems to have made up her mind to leave her boyfriend Nate as well as Genoa City. This has us wondering if Brytni Sarpy is the next in line to leave the daytime soap after co-star Mishael Morgan. Plus, Sarpy seems to have faced a serious letdown as per her latest IG post. What’s going on in her life? Here’s everything you need to know.

Elena decides to leave GC for a job in Baltimore

Elena has been heartbroken over Nate’s changed personality. Now she has decided to call it quits between them. Nate begged her to take him back. Unfortunately, that’s not happening. Instead, Elena is leaving him as well as everything she has in Genoa City, including her job.

As seen on Wednesday’s episode, Elena drops by the Chancellor-Winters office to drop a bombshell. At first, it looked like she was there to expose her ex-boyfriend to Devon and Lily. But she was actually there to tell Nate that she was interviewing for a new job in Baltimore.

Of course, Nate is shocked by the news but fans are in more shock right now. They’ve just lost Mishael Morgan and it looks like they’re destined to lose one more talented actress from Y&R.

Has Brytni Sarpy and Bryton James broken up?

If you follow Sarpy on social media, you would know that she shared a cryptic post on IG a couple of weeks ago. As per her post, she seems to have suffered a serious letdown.

She shared a picture of her looking calm and meditative but her caption told a different story. Her caption read, “I’m not the victim. I’m the hero who narrowly escaped a life lesser than what she deserved.”

She did not explain if she was talking about a personal or professional letdown. However, fans have been assuming that it might have something to do with her alleged break-up with co-star Bryton James.

The Y&R actors, who’ve also played on-screen love interests, began dating in 2019. Sarpy had officially announced their relationship on her Instagram handle as well. But as of now, she has scrubbed all of their pictures from her social timeline. Apparently, Sarpy also celebrated her birthday last month without James.

So anyone who’d been expecting that Devon and Elena would rekindle their romance in absence of Amanda, we are afraid that it’s not possible.

In the meantime, there are also speculations that Brytni might have had an issue with Y&R producers, and that her social post was directed to them. After all, her character is indicating her departure after Sarpy publicly spoke out about not settling for less than “what she deserved.”

The IG post is from four weeks ago. And you may know that Y&R shoots their episodes four to six weeks in advance.
Keep tuning in to us for more updates on Brytni Sarpy’s status at Y&R. Before leaving you may want to check out the update on Sharon Case and Mark Grossman’s relationship in our video below.