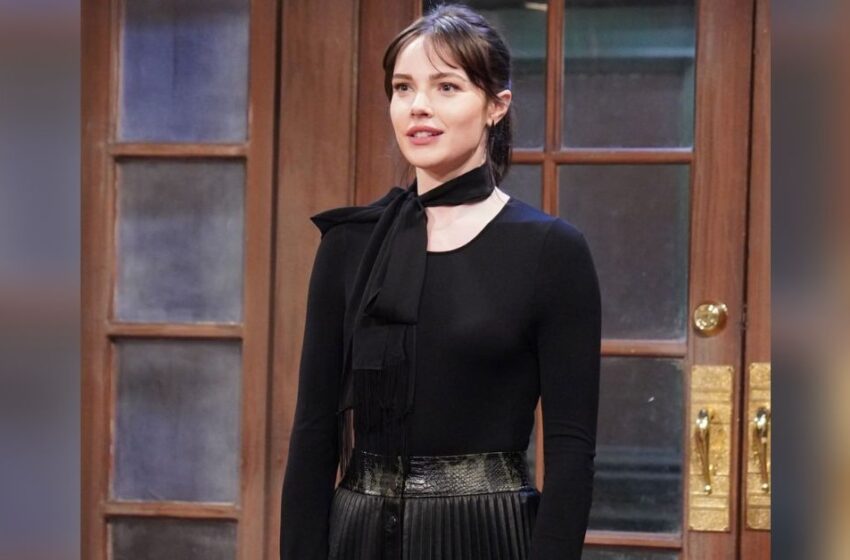 Cait Fairbanks (Tessa Porter) not filming at Y&R currently! Is she leaving Y&R?

If the rumors are true, The Young and the Restless is heading for a major heartbreak storyline. The newly married couple of town, Mariah and Tessa’s days as wife and wife may be numbered. What makes us say so? Here’s everything you need to know.

After tying the knot last month, Tessa and Mariah recently took a trip to Paris for their honeymoon. The trip was a gift to the pair from Nick and Sharon. As we saw in last week’s episode, they had a lot of fun during their time in Paris. No wonder, they were glowing with joy when they returned home this past week.

It has not been even two weeks since they returned from their honeymoon but there are already signs that this pair is separating, presumably with one-half of the pair leaving Genoa City.

Right after reaching GC, Tessa mentioned her sore throat during a conversation with Mariah. Then she stated that she had a tour coming up for which she had to get her vocal cords back in shape. Tessa went for a tea to soothe her throat and get it back to normal as soon as possible.

So what happens after her throat is cured? Will she immediately leave for the tour? We haven’t got any official confirmation about her exit so far. But judging by Tessa actress Cait Fairbank’s Instagram post, it looks like her departure from town is just around the corner.

Cait Fairbanks’s in Paris, is she leaving Y&R for good?

Fans who follow her on Instagram may already know this but for those who don’t, here’s exactly what’s going on.
Cait recently shared stories of her vacationing with her real-life partner, fellow musician Jay Randolph. They are currently in Palermo, Italy, which means the actress is not filming scenes on the Y&R set.

In our previous video, we talked about a rumor going on. After a tip-off from a source close to Y&R, we found out that one male and one female actor are preparing to leave.

Although Soap Dirt claims to know the names of these actors, it decided not to reveal them until any official confirmation from the soap itself. Thus, for the past several days, we have been looking for every possible hint to figure out who those actors might be.

So far, we have dug into the possibilities of Brytni Sarpy and Amelia Heinle leaving Y&R. However, Cait posting stories of her in Italy has us wondering if she is the one who is actually going.

Apparently, there’s one more tip-off that suggests the upcoming exit is a sure thing. If there is any truth to the rumors, two Y&R female casts are expecting right now. Could Cait be one of those actresses who is pregnant currently? Could this be the reason her character is leaving for a tour right after marriage? We will be back with more updates soon.