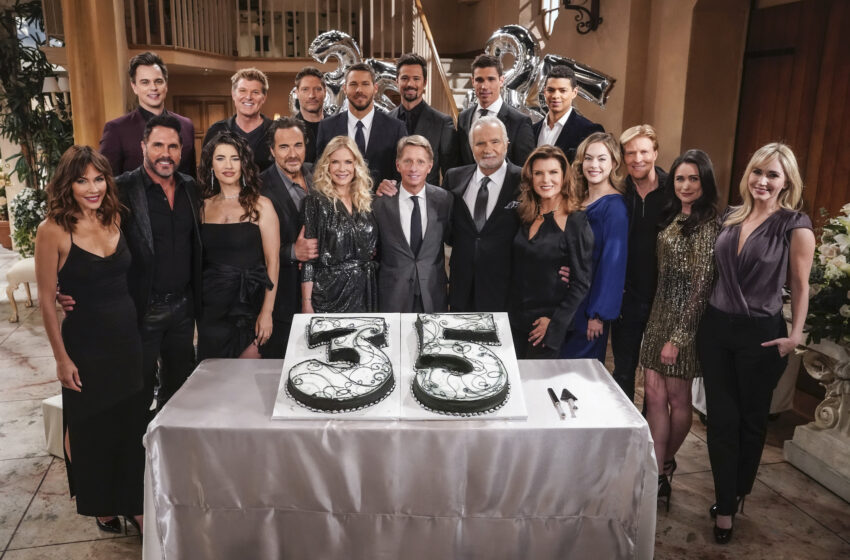 Children of the Bold and the Beautiful stars

Jeremy is an editor and actor known for The Bay and The 21st Survivor. Both of Katherine’s sons have played her on-screen children, Rick and Bridget, on The Bold and the Beautiful. Also, her daughter Zoe is a stylist/ Social Media Coordinator at Katherine Kelly Lang Kaftans. She has also worked as a stylist for the Netflix movie Stan the Man. At the age of 25, Zoe is already a mother of 2 children: Zuma and Reign.

Molly McCook is a stage and Tv actress who has a leading role in Fox’s Last Man Standing. She recently celebrated her third anniversary with her husband John Krause.

Rebecca Jeanne McCook works as a Kindergarten Teacher while Jake is an editor and cinematographer known for The Bold and the Beautiful. The actor’s other son, Seth McCook is an actor known for Superhero Movie, October 22, and Back to Even. He is married to Melissa McCaffery and has 3 children.

In May this year, Jacqueline Maclnnes Wood and her husband, Elan Ruspoli welcomed a baby boy to their family. She posted on Instagram welcoming her third child into the world and wrote, “Meet Brando Elion Ruspoli” The couple have two other sons: Rise who is three, and Lenix who’s 15 months old.

She had announced her pregnancy back in November less than one year after the birth of the couple’s second child.

Don Diamont is the father of seven grown-up boys: Alexander, Anton, Luca, Lauren, Davis, Sasha, and Drew. The actor recently shared a couple of family photos with the boys and their girlfriends on the occasion of Mother’s day.

A couple of months ago, Alexander got married to his longtime girlfriend Audrey Feyz. The actor’s twin sons, Anton, and Davis, who are both D1 athletes, celebrated their 19th birthday this January. Davis is the first basketball player in the family. Anton plays the offensive line for the University of Nevada, Las Vegas, while his older brother, Luca, is a quarterback at Duke University. Meanwhile, Alexander was a quarterback for the Indiana Hoosiers from 2014-2016. Zander now works as a luxury estate agent with Cindy’s company, Cindy Ambuehl Group. Luca Diamont is a Quarterback for the Duke Blue Devils.

After his sister Bette passed away, Don also took custody of her son, Drew Mazur in 2012. 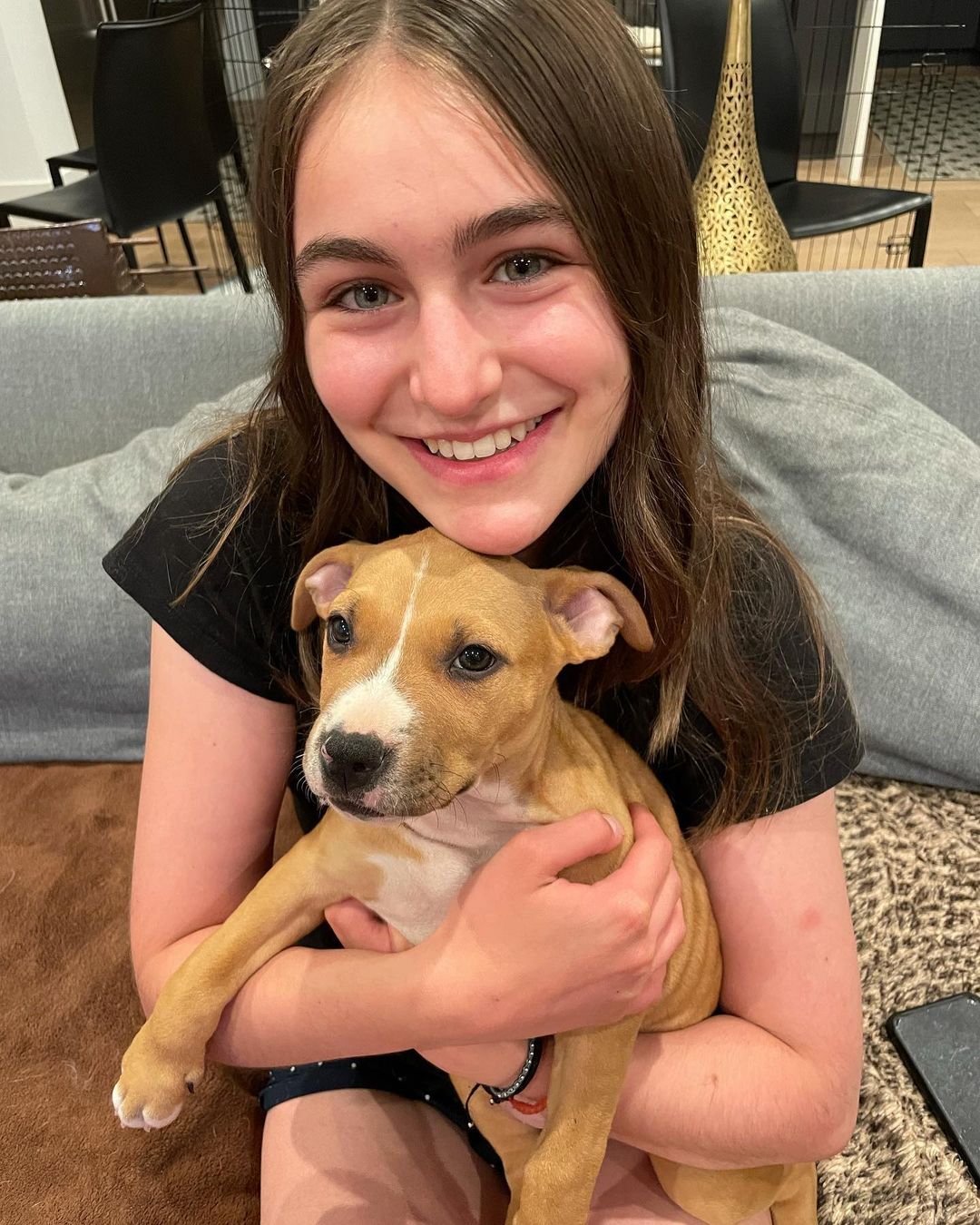 Rena Sofer’s daughter, Avalon Leone Bookstaver recently turned 17. On this special day, Rena wished her a happy birthday on Instagram and wrote, “Avalon you have grown into the most beautiful, kindhearted, brilliant, and amazing woman.” Her elder daughter Rosabel Rosalind Kurth is known for starring in shows like General Hospital and Days of our Lives.  Rosabel is now an artist who is attending the Carnegie Mellon College of Fine Arts.

Jennifer Gareis was pregnant with her first child, Gavin Blaze Gareis at the time of her wedding and gave birth after two months. On June 29, this year her second child, daughter Sofia turned 10. The actress posted a couple of photos on the occasion of her birthday.

In their 12 years of marriage, Jennifer and her husband have made a wonderful family for themselves. And they’re a family that travels together! Earlier this month, the couple and their two kids went on a trip to Paris, and then Italy 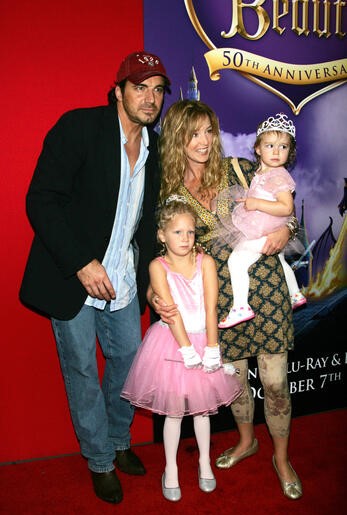 Thorsten Kaye and Susan Haskell welcomed their firstborn, daughter McKenna Kaye in February 2003. After 5 years, in 2008 they were blessed with another daughter, Marlowe Marann Kaye. Thorsten Kaye is rarely seen with his family on social media. The family of 4 had attended a screening of Sleeping Beauty at The Chelsea Cinemas a while back.

Scott Clifton is not only a talented actor but is also an excellent father to his 6-year-old son, Ford Robert Clifton. In 2017, Scott’s son made an appearance on The Bold and the Beautiful.

Heather Tom and James Achor have a son together named Zane Alexander, who has co-starred with his mother on the Bold and the Beautiful. Zane portrayed Will Spencer on the show from 2013 to 2018. However, his mom decided to call it quits for him as she wanted him to focus more on his studies.

Lawrence St. Victor and his wife Shay welcomed their baby boy Christian Lavelle St. Victor in August 2018.  Recently, his son celebrated his fourth birthday. Saint Victor posted a photo on Instagram and wrote, “How did 4 years go by so fast!!!?????  Happy Birthday Christian!!! Daddy loves you!!!” with strings of hearts. The actor’s son usually appears on his Instagram.

B&B stars Darin Brooks and Kelly Kruger have two children together. The couple first became parents in September 2019 to Everleigh Jolie Brooks. This year in February, the couple gave birth to their second child, a daughter Gemma Wynter Brooks. Darin announced on Instagram that they’ve welcomed their second child into their lives. Kelly also posted on Instagram after the arrival of the baby. She mentioned that Everleigh helped her in picking the name for the baby and says that she is already the best big sister.

Stick with us for children of B&B stars part 2.