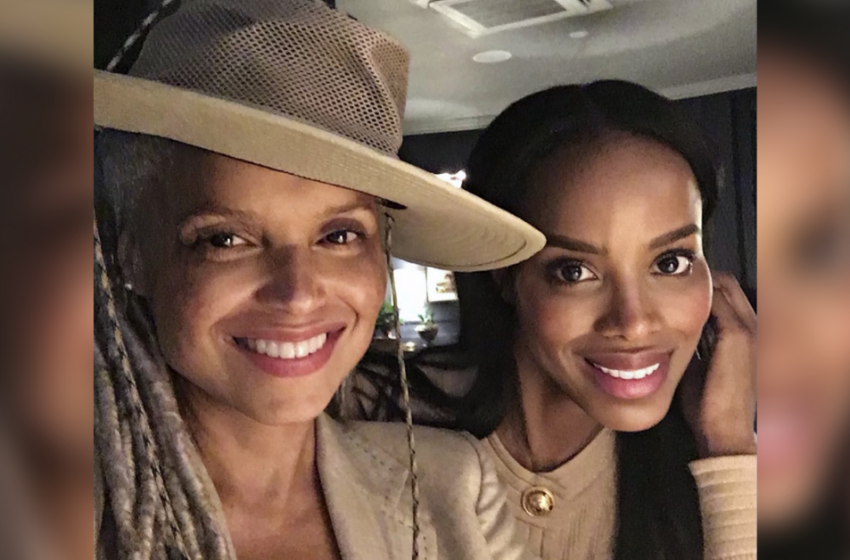 Congratulations, Victoria Rowell and Leigh-Ann Rose on your new project

The Young and the Restless alum Victoria Rowell (late Drucilla Winters) shared an interesting update on Twitter this past week. The veteran star announced yet another acting project that she is currently working on and revealed that she is working with the talented Leigh-Ann Rose (Imani Benedict). What is her new project called? What is it about? Here’s everything you need to know.

Earlier, in April, Victoria Rowell announced on Twitter that she was directing TV One and Hillionaire Production’s upcoming movie, Lineage. She stated that she wasn’t just directing but had an acting role as well.

Less than two months later, Rowell announced another new acting project on Twitter. This new project sounds interesting for a couple of reasons – number 1: it has got an intriguing name – and number 2: it stars a familiar face, actress Leigh-Ann Rose, who is currently prominent for playing the role of Imani Benedict on The Young and the Restless.

READ MORE: Melissa Ordway has the best of time at home with family after missing out on this year’s Daytime Emmys

Victoria and Leigh-Ann to star together in a holiday movie

The movie is called Catfish Christmas and is slated to release next year during the holidays. Like the previous movie, Lineage, Rowell is directing this movie as well.

She recently shared the pictures of a couple of cast members on her Twitter handle and wrote, “Directing exciting 2023 dram-com feature CATFISH CHRISTMAS in Detroit starring Leigh-Ann Rose and legendary Ella Joyce and Tony Todd.” As per Rowell’s previous tweet, she is also a co-producer of this holiday movie.

Rowell has shared limited information about the upcoming movie. But we have come to learn that it recently completed filming in Detroit. “It’s another wrap #CatfishChristmas Leaving #MotorCity #Detroit so much soulful history #Motown,” the movie’s star Tony Todd tweeted.

As we said, there is very little information out there about this movie. Thus we have yet to know what exactly this movie’s premise is or what roles the actors are playing. Judging by the movie’s name “catfish” we assume the movie is about someone who creates a fake persona online. However, we will have to wait until December 2023 to find out whether our guess is correct or not.

Well, that’s everything we know so far. You can watch our video if you wish to know more about Rowell’s upcoming movie, Lineage.