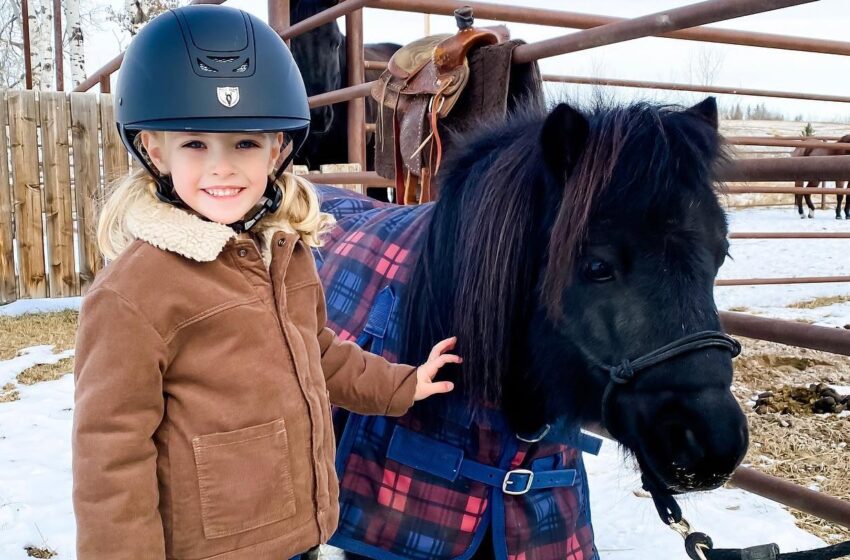 Lyndy Borden was born to Ty Borden and Amy Fleming during the last episode of Season 10.

Who plays Lyndy Borden on Heartland? Everything to know about the Spencer twins

Look! Here lands the Lyndy Borden fans! The Heartland baby who has all our hearts is growing up on the screen taking to the role with natural ease. The baby who didn’t have any name until the beginning of season 11 now has her name carved into our hearts. Want to know more about her? Read on.

Lyndy Borden is played by twins Emmanuella and Ruby Spencer

Ruby and Emmanuella Spencer are 5-year-old twins who were born in Calgary, Alberta, in August 2016. They were born to a Canadian father and an Australian mother. The Spencer babies are blessed to have a big sister Isla and a baby brother Finn. They love spending time in Australia but currently, they are in Canada.

Emmanuella and Ruby Spencer have fair and blonde hair with bluish eye color. The Canadian twins stand 1.03 m or 3 feet and 4.5 inches tall.

Besides appearing on Heartland, they are known for showing off their acting skills in the movie Hudson.

What do the Spencer twins do when they’re not on set? All of their favorites

Ruby and Emmanuella enjoy playing with their stuffed toys and coloring. The babies enjoy dressing up as Princesses. They currently attend junior kindergarten and are learning the French language. They always look forward to adventures and live an active lifestyle.

Besides, they love skiing, skating, and playing with sister Isla. The girls are outgoing, cheerful, and inquisitive. Also, they take good care of their baby brother and hence are responsible & caring too.

You can find the Twinzies on their Instagram as @spencer_twins. They already have 89K followers on the account, which is reportedly being managed by their parents.

When shall we see Lyndy in season 16?

Lyndy is the heart of Heartland. And don’t lie they have helped you lift your spirit when you needed it right? She is much like her mother with her features and loves horses like both of her parents. It was certainly delightful when they made their first appearance in the final episode of season 10. No wonder, many have been rewatching the seasons of Heartland after season 15 ended in December 2021.

But, the wait is going to be over. It has been announced that Heartland will be back with Season 16 in October 2022, although the exact day is yet to be confirmed.