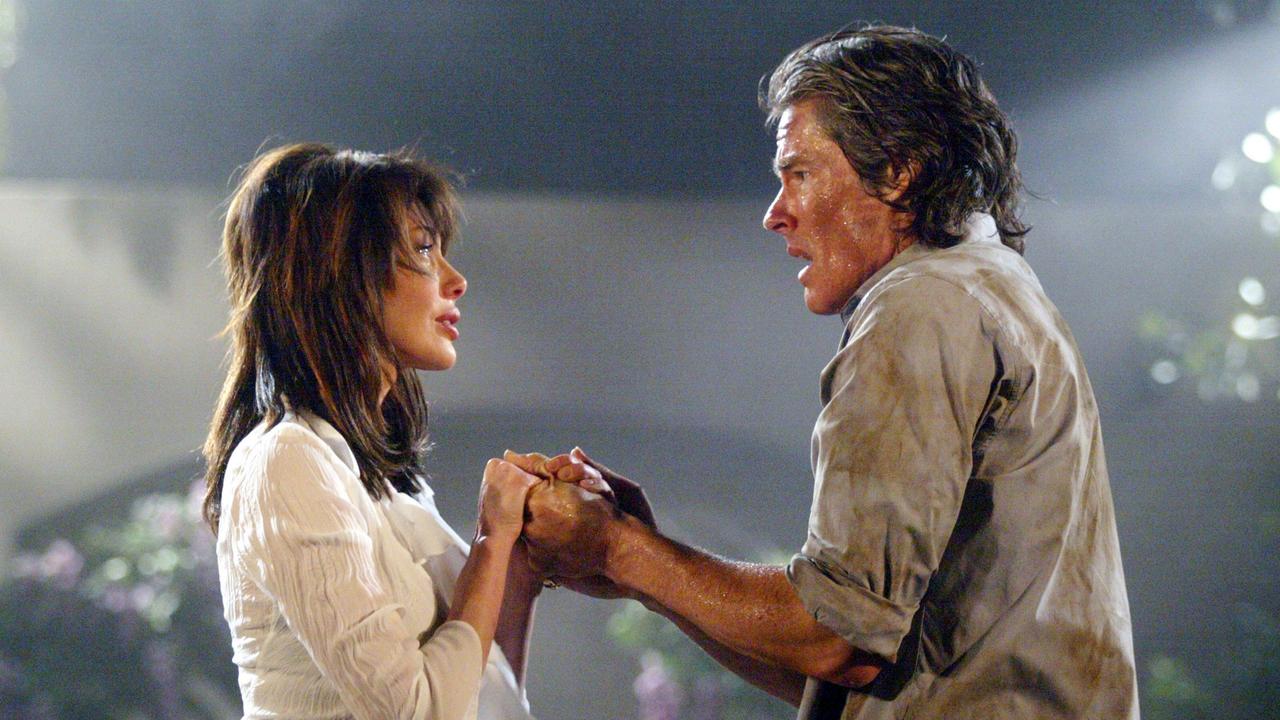 Ronn Moss and Hunter Tylo had the perfect chemistry during their run on the show as Ridge and Taylor. But did you know that there was a lot more to it than just brilliant acting? The pair never went public with their relationship so it was quite shocking when Hunter Tylo opened up about their short affair a few years ago. Here’s what Hunter Tylo revealed about her secret affair with co-star Ronn Moss.

Ridge and Taylor are a B&B supercouple

When characters fall in love in a movie or a show, it’s only natural for loyal fans to start shipping the actors behind the characters in real life. The Ridge, Brooke and Taylor love triangle has been the backbone of the Bold and the Beautiful for much of its run on CBS. Brooke may be Ridge’s destiny, but he hasn’t been able to let go of Taylor for all these years.

Ridge and Taylor have an epic relationship on the Bold and the Beautiful. They have been on again and off again for decades. In fact, these two recently made their way back to each other again on the show. Thorsten Kaye and Krista Allen are doing a pretty good job at carrying on the legacy of the characters.

But it was Ronn Moss and Hunter Tylo’s performances that made us fall in love with the couple. Their chemistry was off the charts and if you’re wondering if the actors carried on their raging passions when the cameras stopped rolling, then the answer is a Yes.

Did Hunter Tylo and Ronn Moss date in real life?

Talking to an Australian magazine in 2014, Hunter Tylo let fans in on her secret affair with her co-star Ronn Moss. “Working with Ronn Moss was both good and bad,” she told the magazine.

When she first joined the Bold and the Beautiful in 1990, Hunter was married to actor Michael Tylo. The actress shockingly revealed that her then husband was very threatened by Ronn and the chemistry she shared with him on the show.

You’ll be surprised to know what went on behind the scenes was as dramatic as the storylines that played out on screen. Hunter admitted,

“We definitely connected with an intense passion. So I did everything in my power to push Ronn away.”

As her alter ego went through various twists and turns on the canvas, Hunter Tylo’s own life was in turmoil. Be sure to check out this video from our official Youtube channel to know why Hunter was fired from Melrose Place.

Ronn was then married to his first wife, Sharri Shattuck. But when Hunter returned to the show in 2005 after being away for three years, they both found themselves single. Hunter’s marriage to Michael Tylo had broken down after fifteen years, while Ronn had divorced his wife of twelve years.

“We were both single, and I guess we finally felt free to show our feelings for each other without the fear of upsetting our spouses,” revealed Hunter.

It wasn’t all acting!

The actress hinted that the pair had taken their relationship to a new level after her return.

‘It was around the time Taylor was coming back from the dead and I noticed during all our kissing scenes there was no holding back. Before we had only done stage kisses.”

Ronn has never spoken about their real life fling. As for their off screen affair, it didn’t last long as Moss tied the knot with his wife Devin DeVasquez in September 2009 while Tylo also married her third husband in November that year.

You’d be shocked to know how many on-screen soap couples actually dated in real life. Ronn Moss and Hunter Tylo are definitely not the only ones who had a real life fling outside of the soap set.

Watch our previous video where we talked about the soap stars who continued their romance when the cameras stopped rolling.