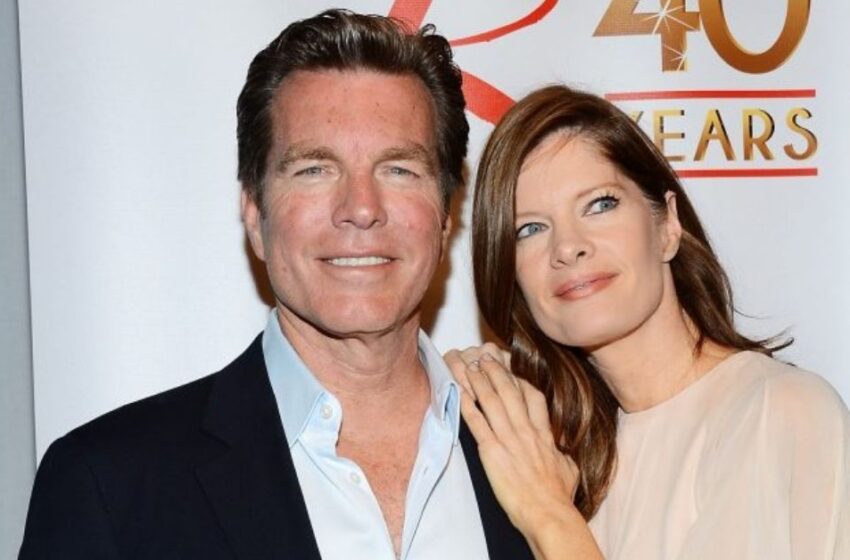 On The Young and the Restless, Phyllis Summers (Michelle Stafford) and Jack Abbott (Peter Bergman) boast a relationship that has survived the most tragedies, including a coma and even a vicious doppelganger. These lovebirds have never been shy about displaying their affection for each other. Yet, something just doesn’t let them have a happily ever after, and Peter Bergman knows precisely why!

Peter Bergman weighs in on his character’s treatment of Phyllis

Phack supporters had high hopes that Jack and Phyllis would finally reunite. However, things went off track ever since they hooked up on the night of Tessa and Mariah’s wedding.

Jack believed that whatever happened between him and Phyllis was because of their love but Diane coerced him into realizing that Phyllis had an ulterior motive. Eventually, he confronted Phyllis and declared everything was over between them, breaking Phyllis’s heart into pieces.

Check out what you'll see next week on #YR! While you wait for Monday, catch up on this week's all-new episodes on @paramountplus: https://t.co/aRYyDNylRw pic.twitter.com/VcQN5bVsMd

Of course, Phyllis screwed things up and Jack had every right to be mad at her. But ending their relationship for good – we believe it was a little too much.

About this latest development in the Phack relationship, many viewers have expressed disappointment, which Bergman admitted is rightful on Soap Opera Digest’s podcast. However, on the same podcast, he also explained why Jack and Phyllis could never be an endgame.

“All the differences that frustrate him, that make him angry as hell at her were also – there’s something about it that touches his heart. Jack is so busy sometimes coughing his words carefully. She doesn’t think to do that. Doesn’t cross her mind. He loves that,” Bergman said.

Apparently, Jack has a love/hate relationship with Phyllis. The same things about Phyllis that annoys him are the same things that touch his heart. But after whatever Phyllis did recently, Jack had to do something. So he just called it quits. For good.

Read More: Great news for Y&R fans: Our favs Peter Bergman and Kate Linder have no plan of retiring

Bergman states that Jack only wanted to protect his heart

Maybe Jack overreacted but he was only protecting his heart. The moment he realized “Oh, no, we’re heading back into the old thing,” he just couldn’t handle it. “Maybe it frustrated the audience but I hope that played. [Jack] can’t get hurt again,” Bergman admitted.

Having said that, he made it clear that Phyllis still remains the love of life for his character. “I have always argued – Phyllis and Jack never fell out of love. It got to be too painful, and they had to step away from it,” he continued. “I think it is the greatest love of Jack’s life that he will never fully get over even when he’s with someone else.”

Bergman mentioning the possibility of “someone else” in his life has us wondering if he is talking about Jack’s reconciliation with Diane Jenkins (Susan Walters), which if true is so pathetic of his character. Jack can’t forgive Phyllis but can give a second chance to a woman who faked her own death and emotionally damaged his kid.

What do you guys think of this? Do you think Jack is better off with Diane than with Phyllis? Let us know your thoughts in the comments below.