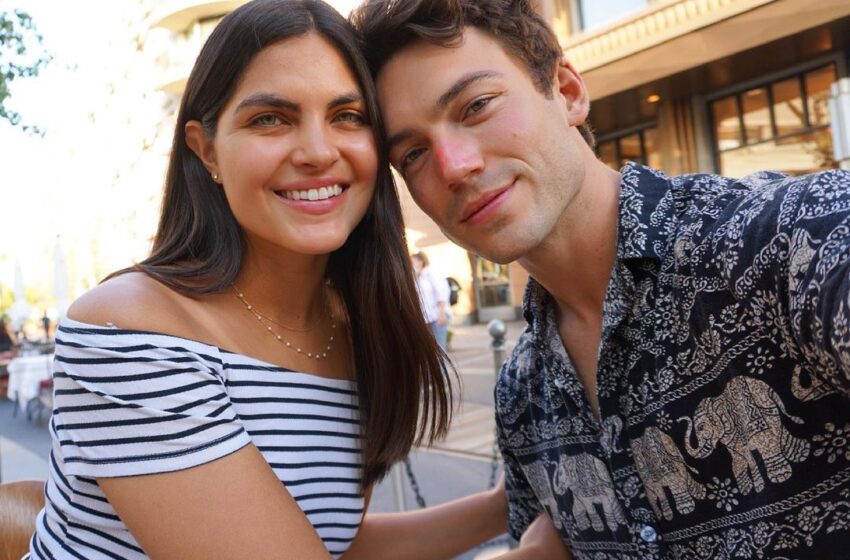 Rory and Alicia got engaged after more than a decade of being together.

If you follow Rory Gibson on Instagram, you’d know that the actor is in a long-term relationship with model Alicia Ruelas. They’ve been together for more than a decade and now the couple is happily engaged. Though the actor’s love life on screen is quite something of a concern. At least we may find some solace in the knowledge that he is living a less complicated love life off-camera. Keep reading for details on Rory and Alicia’s engagement.

Rory and his real-life partner Alicia Ruelas is engaged. They celebrated their anniversary back in May and have announced that they are finally engaged. This weekend, the couple who have been together since May 11, 2011, got engaged at Makena Beach in Maui, Hawaii. Rory’s fiancee Alicia posted on Instagram, “I’m going to be future Mrs. Gibson, I’m in shock!!!”

Alicia and Rory both posted a few photos of them celebrating their special moment including this snap of them embracing on the beach. Rory’s Y&R costars congratulated them in the comment section. Courtney Hope commented, “Congrats! I’m so happy for you two!!!” So did Cait Fairbanks, who portrays Noah’s ex Tessa Porter.

Read More: Who do you think would make a perfect match with Noah Newman on Y&R | Who is Noah actor Rory Gibson dating in real life?

Rory has been quite outspoken about his relationship from the start. A few months ago, Alicia posted an adorable picture of them kissing under the sunset on the occasion of Valentine’s Day and they also attended the Daytime Emmys together back in June, where they hung out with Rory’s castmates including Courtney Hope and Elizabeth Hendrickson.

Rory Gibson is not the only one with a huge announcement this year. A month ago, his co-star Donny Boaz, who portrayed the role of Chance Chancellor, got engaged to his girlfriend, Nicole Henderson.