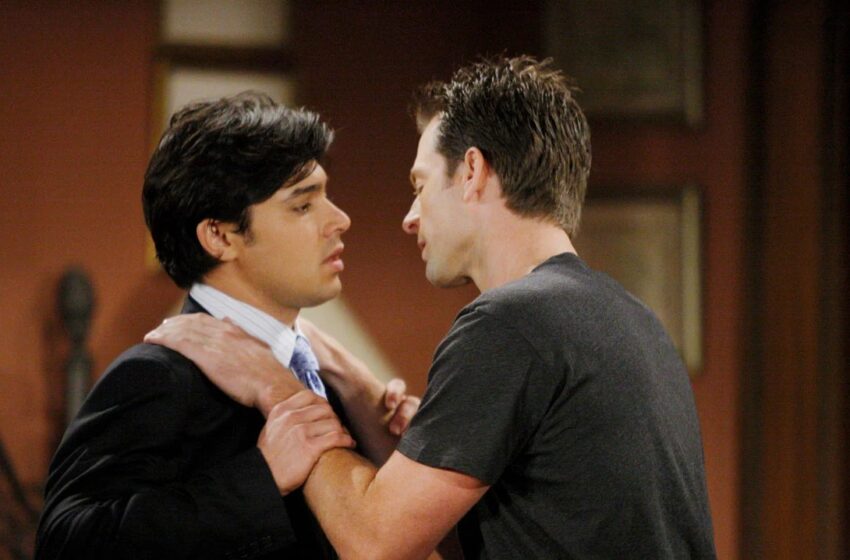 That one time when Adam pretended to be gay.

Do you remember Adam’s gay partner Rafe Torres on Y&R? Where is he now?

Yani Gellman played the role of Rafe Torres in the soap opera Young and the Restless. Rafe first appeared as a friend of Billy Abbott in the show. He made his first appearance on December 1, 2008. Rafe Torres, who is a lawyer, practicing in Genoa City, is widely popular for the gay storyline with Adam Newman.

Who is Rafe Torres of Young and the Restless in real life?

The Canadian actor, Yani Gellman was born on September 2, 1985, in Miami, United States. He is 36 years old and was born to David Henry Gellman and Marilyn James. He is of mixed heritage as his mother is an Australian and his father, a Canadian. He also has an elder sister, Dara Gellman, whom he referred to as his “hero” on Instagram back in 2016.

The actor holds a degree in Political Science. His father persuaded the faculty member to accept his son’s application when he got rejected by Earl Haig Secondary School for Claude Watson Arts Program in New York. He started his acting career in his teen years. He made his first appearance in some of the episodes of the horror series Goosebumps. In later years, he has appeared in The Lizzie McGuire Movie, Pretty Little Liars, and Diego Flores.

Yani is married to a beautiful lady, Jacqui Kotyk. She is a real-life lawyer, specializing in human rights. He posted the couple’s photo on Instagram back in 2017 from the premiere of his movie 47Meters Down. It was the first time Yani introduced his girlfriend (now wife) to the media. As it was her birthday, he sang “Happy Birthday” to her.

Rafe’s gay storyline with Adam Newman started around 2008 when Rafe served as his lawyer. Adam was convicted and sentenced to serve 18 months in prison for forging a diary to send his father to jail. Adam had set up Rafe’s aunt, Estella, for the blame and was also gaslighting Ashley. Adam knew Rafe was gay and hence pretended to be one himself just to distract Rafe from his misdeeds.

Yani Gellman says that he was completely unaware of his character being gay. When producers called him to discuss the direction of Rafe’s story, all he knew was that Rafe was a young lawyer. He made his last appearance on Y&R on July 26, 2012.

READ MORE: Who is Y&R star Cait Fairbanks dating at present? Is she gay in real life too?

What is Yani Gellman doing now?

Yani has written and directed the interplanetary epic, Greetings, From the Planet Krog! in 2020. This epic has Yani Gellman’s wife Jacqui Kotyk as a producer. Greetings, From the Planet Krog! is a short film about a young mother who is taken away to the furthest corner of the galaxy. Here, she must escape an alien prison to return back to her home and rescue her own child.

Tags: adam newman rafe torres the young and the restless