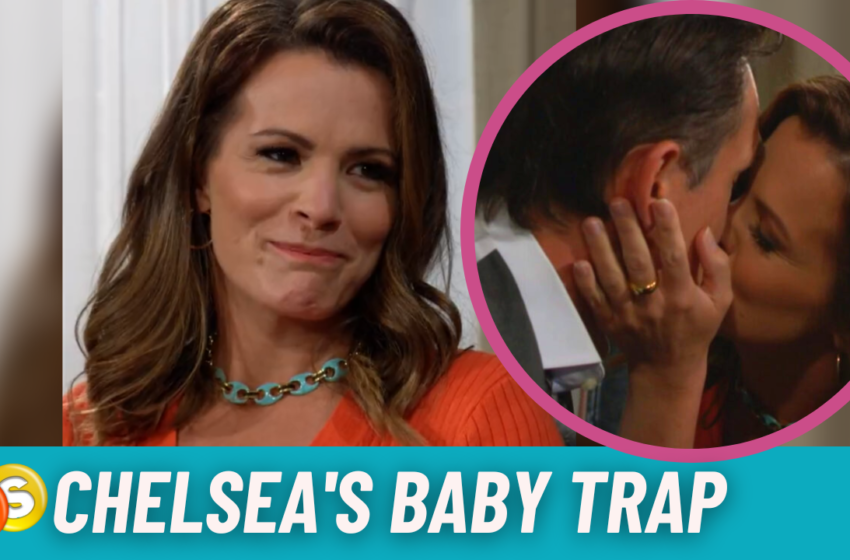 Anyone who knows Chelsea will know that she has a strange problem with obsession. She always needs someone to obsess over, whether it’s her kids or somebody else’s boyfriend and husband.

As of late, Chelsea has started developing a fixation over Johnny Abbott. Victoria will strongly protest her desire to get back into Johnny’s life. But will that stop her from pursuing Johnny? We haven’t yet forgotten how the boy was born, in the first place.

Why did Chelsea give up on Johnny?

Chelsea got pregnant with Billy’s baby after she bedded drugged Billy during their business trip to Myanmar. While still pregnant, she realized that she was not yet ready for a baby. So she decided to sign away her parental rights to Billy and his wife Victoria.

Billy and Vickie raised Johnny alongside their daughter Katie. After their divorce, they have been co-parenting both the kids.

Victoria recently shipped Johnny and Katie off to a boarding school so they wouldn’t need to deal with her and Ashland’s marital mess. Any true soap opera fan would know what happens when any kid goes to boarding school. They mature and pick up a few years in their age, which is exactly what’s going to happen with Johnny this time.

Let’s get back to the point! Chelsea has been convincing Billy to tell Johnny she’s his biological mother once he returns home. She has been claiming that she only wants Johnny and Connor to know the truth about their relationship. But we doubt it’s not the whole truth. We know she has been pining for a perfect family for a long time. Adam is over her and Rey is dead! But Billy – he is still alive, hosting a podcast right beside her.

READ MORE: What happened to Johnny Abbott? Why is Y&R recasting the role now?

Who does Chelsea really want – Johnny or the baby daddy?

Is Chelsea falling for the Abbott charm? 😍 #YR is new this week on @CBS! Watch the latest episodes on @paramountplus. pic.twitter.com/RFMk1cfEI3

Chelsea’s latest move toward Billy proves that he is her new obsession. It makes us wonder if she is only using Johnny to get closer to him.

Billy hasn’t agreed to her request yet. However, it doesn’t matter what he decides about Chelsea’s request. After all, he’s the boy’s legal dad as well as his biological dad. It’s Victoria who will be affected. Revealing the truth to Johnny might have him turn on her. So no matter what, Vickie may not let the truth come out.

Whether Johnny learns the truth about Chelsea or not, she may still force Billy to break up with Lily and stay with her. And how will she do that? By getting pregnant with his baby again!

As they say – old habits die hard. According to a wild fan theory, Chelsea will show up at the podcast office to celebrate Billy’s success. Then she will get him drunk and take advantage of the situation and get pregnant with his baby once again!

Do you think Billy also has feelings for Chelsea? Will he leave Lily for an ex-flame? Share your thoughts with us in the comments below.