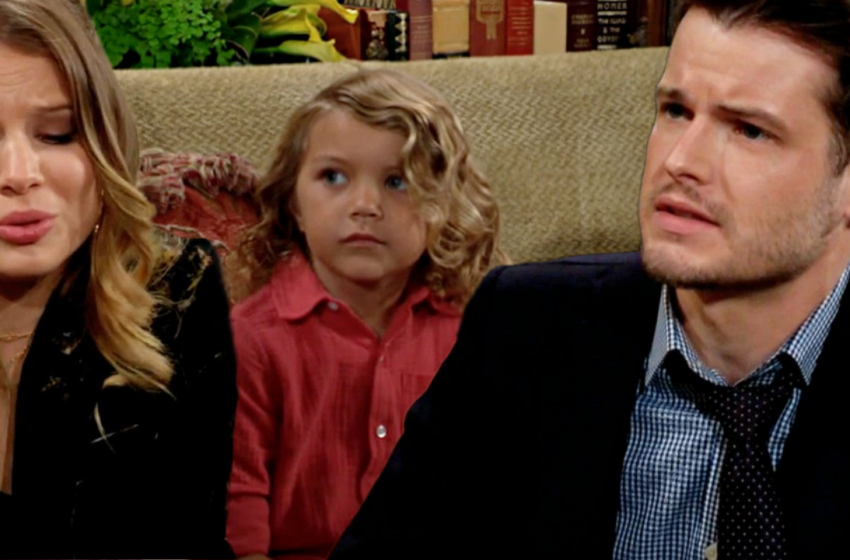 Kyle can't believe what Summer just said to him that she wants to leave GC without him but with [spoiler].

Summer dropped a major bombshell on Kyle right on the heels of the new year which left fans wondering about the future of this pair on the soap. Summer says she wants to leave for Italy, not with Kyle but with someone else! Is this the end for Summer and Kyle on Young and the Restless? Here’s everything you need to know.

Summer and Kyle have been facing issues in their marital life ever since Diane returned. As we know, Diane’s return agitated many Genoa City residents but Phyllis, her agitation was top-tier. Regardless of their warring moms, Summer and Kyle tried to keep their issues at bay. But things are getting out of their hands.

Jack and Ashley also had a major feud last week over Diane’s influence in their life. Jack wanted Diane to move in with him but Ashley reminded him that she still has her rights over Abbott mansion as well as Jabot and that she would never tolerate Diane’s invasion at those places.

No wonder, Diane’s return has divided the city in two. On one side are Jack and Kyle, who although were skeptical about Diane at first, seem to have forgiven her. Then there is the rest of the town, who no matter what, just can’t seem to get over her ugly past.

In this ugly fight of the adults, poor Harrison is the one who’s paying the price. It’s no secret how much Harrison has suffered in the town of Genoa City. First, he was told that a stranger Kyle was his real dad. Then, his mother was put in jail and told that Summer was his new mom.

There’s no doubt that Summer has been a wonderful stepmother to Harrison. She loves him as her own child and Harrison also seems to have built a special bond with her, which is why Summer wants to take the kid with her to a textile show in Italy.

Well, the textile show is just an excuse. In reality, Summer just needs a break from Kyle. However, she does not want to stay away from Harrison and thus wants to take him with her to Europe. Summer calls Harrison her son and thinks she has as much of a right to take him wherever she wants just like Kyle does. Summer’s expectation leaves Kyle flabbergasted, leaving him short of words.

But will that be it? Will Kyle understand Summer’s devotion to Harrison? Or will this be the end of this couple? Keep watching Young and the Restless every weekday on CBS to find out. And don’t forget to keep tuned in to us for fresh soap news and spoilers everyday.