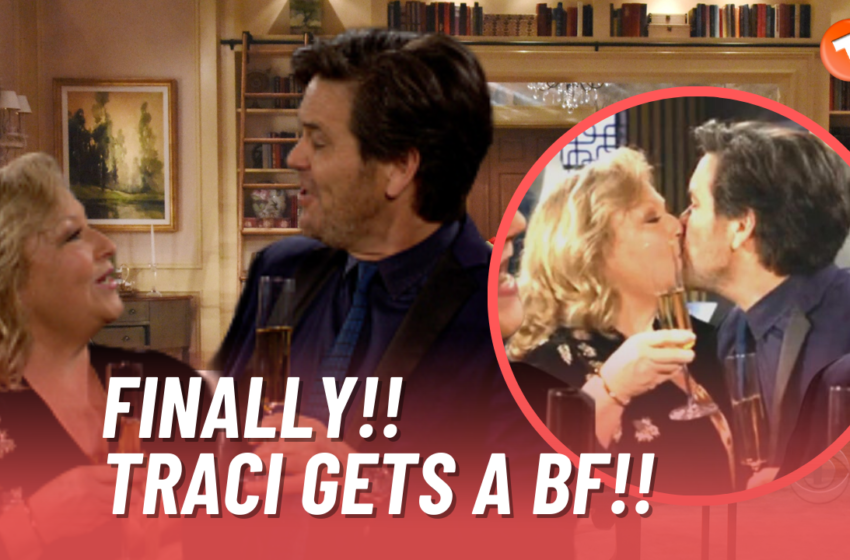 Will Traci and Daniel rekindle their relationship this time on Y&R?

Have you ever wondered how many new romance storylines The Young and the Restless comes up with every year? Characters break up, patch up, cheat on their partners, and whatnot? But Traci (Beth Maitland)! Y&R writers seem to have forgotten that she exists and that she is still single. Traci has been without a partner for a very long time on the show. But that might change soon. If the inside leaks are true, Traci is set to get a new partner on Y&R soon.

Genoa City had a blast from the past for Christmas

The town’s very own rocker, Daniel Romalotti (Michael Damian), returned nine years later to catch up with his old pals and family. After a long time, Daniel finally got to spend Christmas with his son, Daniel Romalotti (Michael Graziadei). He also got a chance to reconnect with his ex-wife Phyllis Summers (Michelle Stafford), as well as longtime friends like Lauren Fenmore Baldwin (Tracey E. Bregman) and Michael Baldwin (Christian J. LeBlanc). Most importantly, he got to reconnect with his first true love, Cricket.

Ring in the new year Genoa City style! 🥂 #YR is new this week on @CBS. Watch the latest episodes on @paramountplus. pic.twitter.com/koQhAbO0dH

Amidst all the reunions he’s been having, there was one subtle reunion with someone special on the New Year. We are talking about Traci Abbott here, Daniel’s forgotten wife, in fact, his first wife. A lot of new viewers may not know this but yes, Traci was married to Daniel for a brief time in the 80s. And how they got married is a very interesting story in itself.

Back in the day, when Traci was still a teenager, she was often bullied for being overweight. It led her to become shy, insecure, and under-confident about herself. She did not open up to many people but secretly, she pined for rock star Danny. Luckily, she even got to sing with him. But Lauren loathed seeing them together and did everything to keep them apart.

Traci eventually got involved in an affair with her college professor Tim Sullivan (Scott Palmer) who dumped her after she got pregnant with his baby. On the heels of this betrayal, Traci tried to kill herself. But thanks to Danny – he not only saved her but also married her so that her baby would have a proper family. Although Danny wanted to make things easier for Traci, things never quite worked out between them. Eventually, after Traci miscarried, their marriage was annulled.

READ MORE: 12 Shortest Marriages on The Bold and the Beautiful

Well, that was a long time ago. Both of them were still very young and no wonder, immature. But time has changed. And for all that we know, both of them are single and definitely mature enough. For goodness sake, Y&R writers should consider giving Traci a worthy partner, even if it’s not Danny!

Do you think Danny could be the right partner for Traci in 2023? Share your thoughts with us in the comments below.