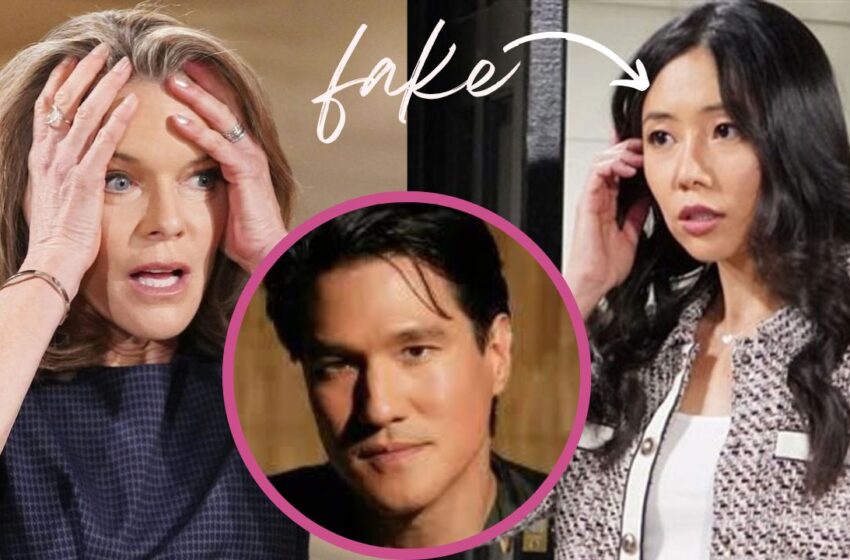 Who is Allie’s real mom? Is she even the real daughter of Keemo?

Characters coming back to life is not a new thing in soap operas. It doesn’t matter how impossible and magical it might sound. Diane Jenkins (Susan Walters), who supposedly died in 2011, came back from the grave in 2022. And let us remind you, it wasn’t the first time someone dead was resurrected on Y&R.

Fast forward to how Diane returned, she used (Phillip Moon) Keemo’s death and his daughter Allie Nguyen (Kelsey Wang) as her golden key to Genoa City’s door. But considering the type of woman she had been before her fake death, what are the odds that she did not lie about Keemo and Allie? Long story short, is Keemo even dead like Diane claims him to be? Then what about Allie? Is she even the real daughter of Keemo?

Diane had perfectly orchestrated her introduction to Jack

We knew that something shocking was about to pop up on Y&R when Jack (Peter Bergman) started getting texts connected with his late wife, Luan Volien (Elizabeth Sung), and his estranged son, Keemo Volien Abbott.

Little did anyone imagine that all these storylines were staging for the revelation of Keemo’s death. Jack found on the internet that his eldest child, who had left GC decades ago, was no longer alive.

Jack immediately jetted off to LA where, according to Keemo’s online obituary, Keemo had died. He hoped to find out how his son’s final days had been before his death. Shockingly, Jack found more than he bargained for. Number 1: He learned that he had a granddaughter named Allie. And Number 2: He came face to face with the person who tipped him off about Keemo’s death. She was Diane Jenkins, the mother of his other son, who was supposed to have died in 2011.

It would be an understatement to say that Jack was shocked to see his ex like that. Diane was miraculously alive. In fact, she had never died. Now that’s a different story.

Watch on YouTube: How did Nikki end up taking Diane Jenkins’ life in 2011? Y&R Refresher

Allie has changed a lot after coming to GC

Jack eventually persuaded Allie, his newfound granddaughter, to come to live with her family in GC. Allie was reluctant at first to connect with the Abbotts, since according to her, Keemo had never told her about them. But she had a change of heart and decided to give Jack’s offer a try.

Jack has officially met Allie…what will happen next? 🤔 Tell us your predictions! #YR pic.twitter.com/uQwuXxOKyg

Now Allie is counted among the high-profile residents of GC – firstly, because she is an Abbott who is independently working at the Jabot lab. Secondly, she is now the girlfriend of Noah Newman (Rory Gibson), the grandson of one of the most powerful men in the town.

The Allie from the present day is nothing like the one that we saw back in LA. She has proved herself to be savvy. She’s nobody’s fool and nobody’s pawn these days, which makes us wonder who in the world is Allie actually! Has she always been this smart her whole life? If yes, then who taught her these life lessons? Was it Keemo or her estranged mother?

There are so many questions right now but very few answers. We still don’t know who Allie’s mom is to this day. And this makes us suspicious about this GC newcomer even more.

Who in the world is Allie actually?

Y&R head writer Josh Griffith has confirmed in an interview with Soap Opera Digest that Allie’s missing-in-action mom will eventually show up on the screen. But eager fans have already started making several assumptions.

One such assumption is that Allie’s mother could be Diane Jenkins herself. Of course, Allie expressed her anger when she found out that Diane had used her to get in contact with Jack. But in the later days, she has had neutral opinions about Diane, despite knowing what she did in the past. You may also remember that she simply refused to speak anything about Diane to her aunt Ashley (Eileen Davidson).

These aren’t enough reasons to prove that Diane is Allie’s mother. But then, there also aren’t even reasons that prove Allie is Keemo’s daughter. After all, Jack had only seen one pic of Keemo with his daughter, which obviously did not look anything like Allie does since the girl in the pic was still very young.

How can we believe that the Allie we’ve been seeing lately is the same Allie from the picture? And how could it be just a coincidence that the first person Jack meets through Allie is Diane? What if Allie is just an actor Diane hired to play Jack’s granddaughter so that she could return to his life?

If so, Jack’s real granddaughter must be out somewhere unaware of Diane and Allie’s plotting. Now the real concern is – Is Keemo even dead? Because Jack would’ve never learned about his death if it weren’t for those mysterious texts Diane had sent him.

We all know what Diane is capable of. Creating a fake obituary online is the least of the problems she could create. That means there’s still a chance that Keemo isn’t dead yet and that he will return to Genoa City as well, along with his real daughter – the one from the picture.

Keep tuning in with us to know when and how Diane’s lies will be exposed.