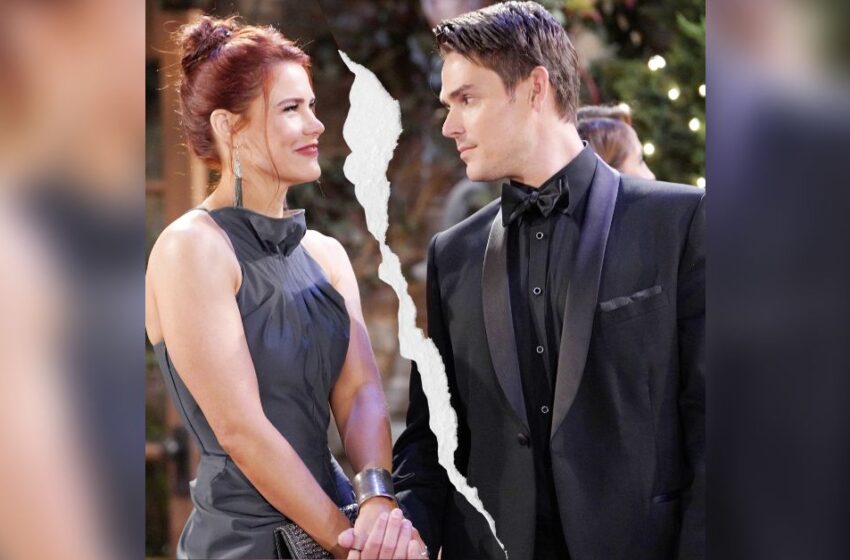 Adam and Sally heading for a break-up?

Adam Newman and Sally Spectra have created a lot of attention with their relationship on The Young and the Restless. They started as a boss-employee duo and went on to take a romantic form pretty quickly. After all, both were attractively single.

They created this perfect relationship as both of them climbed up the ranks in the corporate world. However, this fairytale bond is set to come to an end – buzzes have been out there for some time. As per the latest leak from the Y&R set, the Sadam breakup may happen sooner than we expected. Does Y&R have a new love interest planned for the Newman lad?

Why Adam and Sally don’t seem will make it together on Y&R?

Adam has been facing this huge rage ever since his half-sister Vickie returned to Genoa City. It was decided the very moment Victor announced him as the new CEO that he would have to hand over the throne to his sister once she returned home. He had no problem obeying his dad. Only he did not know that Vickie would return so quickly.

With Adam’s newfound power in jeopardy, the future of his relationship with his girlfriend is looking bleak. There are a couple of reasons why we think Sally will distance herself from Adam in the wake of him losing his power at Newman Enterprises.

Today on #YR, Victor considers a reboot at Newman. Watch all-new episodes of The Young and the Restless on @paramountplus: https://t.co/YDc9VMvRWR pic.twitter.com/llOmCp6VSo

Number 1: Sally was really enjoying her time as the queen of Newman Enterprises’s king. She had to fight a lot of battles to get where she is now. So Sally may decide it’s better to just cut ties with Adam if it ensures her future in the company.

Number 2: Having the rug pulled out from under him, Adam has become extremely vengeful. Spoilers show that he has even considered teaming up with Ashland to take down his dad and sister for ruining his dreams. Adam is slowly turning to his dark side and it’s certainly not a good sign for his love life.

Who could be Adam’s next love interest if he breaks up with Sally?

While Sally and Adam’s relationship stands on thin ice, Y&R’s latest spoilers indicate that Sally might herself be the matchmaker for Adam and his new love interest. Who will that be? Let’s find out.

Recently, Sally reached out to her former boss Chloe to bring her on board as COO of Newman Media. Sally’s proposal stunned Chloe but she was glad that she was offered this job because she does not see a bright future with her current business partner Chelsea.

Here's what you can expect to see this week on #YR! Make sure to catch up on any episodes you may have missed on @paramountplus: https://t.co/64Y5Rbd2HS pic.twitter.com/0v5NjBeltR

The gal pals have been through thick and thin at work. But it has been very difficult for Chloe to keep up with Chelsea’s attitude these days. Chloe can’t let down this job offer of a lifetime. So she decides it’s time to stand on her own two feet while allowing Chelsea to sink or swim on her own.

Most of you may not know this but Chloe and Adam had a chemistry test earlier this year to see if they have potential as a couple. It makes us wonder if Chloe joining the Newman conglomerate is to set her up with Adam.

Are you excited to see Adam with Chloe? Let us know in the comments below. And keep tuning in with us for more spoilers and news.