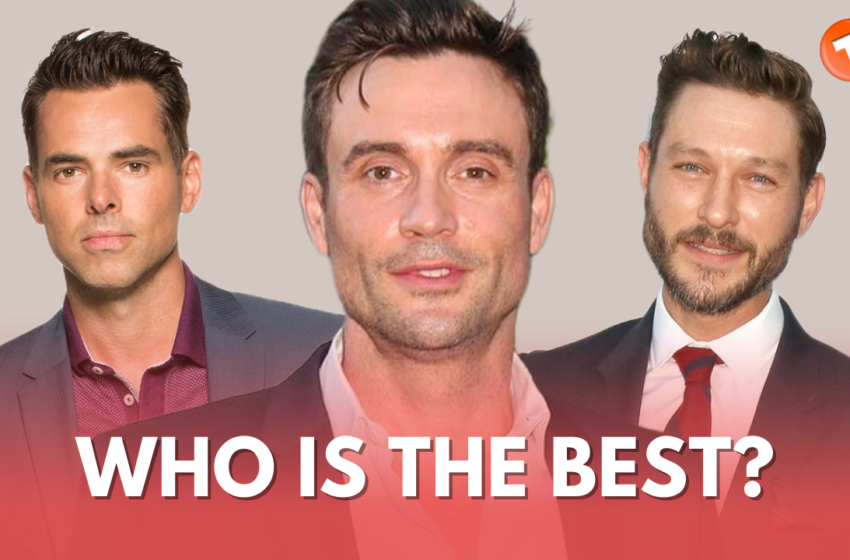 Who is the best man for Lily Winters on Y&R? Is it Billy Abbott, Cane Ashby, or Daniel Romalotti?

Could Cane Ashby be returning now that Lily Winters’s single again on Y&R?

Cane Ashby [last played by Daniel Goddard] was not going to let Lily Winters [Christel Khalil] walk away, even though their relationship had begun as a deception. When she was told she had ovarian cancer, he was likewise determined to support her. However, nothing could save their marriage when Cane cheated on Lily while she was in prison. Over the years, Lily began a relationship with Billy Abbott [Jason Thompson] but that has come to an end too. So a couple of days ago, we shared a community post where our viewers responded who they think Lily is better off with. Who do you think has won the poll? Daniel Romalotti [Michael Graziadei] or Billy Abbott or Cane Ashby? Let’s get into the video to reveal it.

With all the issues with Billy, the Lily-Billy break-up on Y&R was expected

A few weeks ago, Billy explained his continuous problems with Lily to Chelsea before turning to her. He was the issue, and he believed their relationship was finished. Chelsea was unmoved by his self-deprecating remarks when he said that he was constantly seeking the next huge high that would give him an adrenaline rush. She exhorted him to defend Lily.

After everything they had gone through, Lily and Billy resolved to try not to give up on their relationship. But it wasn’t a good indication when Lily found herself listening to her ex-Daniel talk about his issues while she was supposed to be meeting with Billy and a couples therapist.

Billy doesn’t want to walk away…but does Lily? 💔 #YR is new this week on @CBS. Watch the latest episodes on @paramountplus. pic.twitter.com/QUrOqAUijk

Jason Thompson’s portrayal of Billy Abbott sits on the ground outside Chelsea’s apartment above Crimson Lights and muses on life. He’s obviously upset over splitting up with Lily, and it appears that despite everything he’s lately done for her, he goes to Chelsea for consolation and support.

Lily relies on her ex husband-turned-friend Daniel. She tells him about her problems, which most likely involve her breakup and Devon’s unexpected decision to purchase back Hamilton Winters, while they are spending time together at the park. Lily receives an embrace from Daniel.

Poll Result: Who is Lily Winters better off with on Y&R?

Who do you think Lily Winters is better off with on Y&R? A couple of days ago, we shared a poll and our viewers responded with a majority on pairing Lily with Daniel. Daniel wins the poll with 48% votes. Cane’s at 2nd place with 38% votes while it looks like only 14% of viewers like Lily with Billy.

Well, as fans were sharing their opinions in the comments, one of the fans said that Cane had a baby with another woman while they were married. Billy is obsessed with another woman. Daniel is married and obviously messed up his and her lives. “Bring a new man!” the fan wrote.

Viewers would love to see Daniel again. However, they also suggested Kevin as he has never dated Lily as an adult and says that he’s a better person than he was back in the 2000s. While some of the viewers are waiting for Y&R to bring back Cane, a fan even commented, “Cane 100%.”

While the viewers are suggesting their opinion on whom to bring back with Lily, keep watching Y&R on CBS. And make sure you’re tuned to us for updates and spoilers.