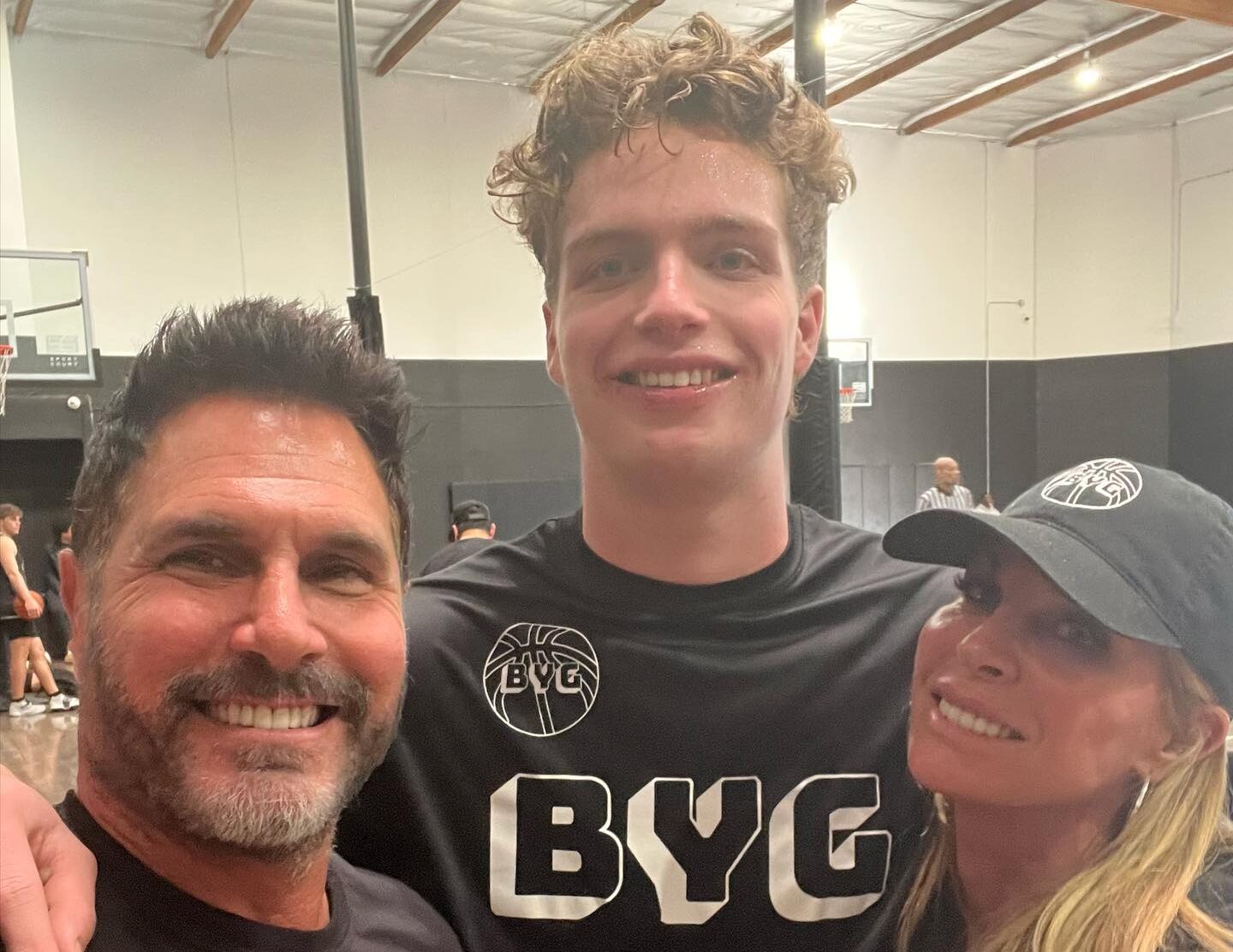 Fans who follow Don Diamont on social media know how proud he is of his children. The father of six recently took to Instagram to share his happiness over yet another accomplishment by one of his sons, Davis Ambuehl. Like his brothers, Davis is now a college athlete and he is headed to play basketball at the University of Mississippi. The father son duo shared emotional posts on their Instagram that you should definitely know about. Here’s how Don Diamont congratulated his youngest son on his exciting milestone.

Don Diamont is the proudest father ever after his youngest son, Davis Ambuehl’s recent achievement. The Bold and the Beautiful star took to Instagram to share his excitement over Davis’ commitment to Ole Miss Men’s Basketball.

Sharing a slide of pictures, Don wrote in the caption that he and his family couldn’t be prouder of Davis. Davis joins his older brothers, Luca and Anton, as a D1 athlete and Don is especially proud of his youngest because he is the first basketball player in the family. The doting father wrote, “This young man is the very definition of perseverance! He is a lesson in turning obstacles into opportunities! He has a special bond with his mom, and nobody has been a bigger supporter on his journey.”

Davis and his mom, Cindy Ambuehl, were all smiles as they posed for a photo at the Ole Miss pavilion during their visit. The 19 year old shared an emotional post of his own, thanking his dear mom for always putting him in the best position to be successful.

He also wrote, “She’s my biggest supporter, my rock, and I wouldn’t be where I am today without her. I would like to thank my dads, my brothers, and my entire family for being there for me every step of the way.”

Don Diamont has played Bill Spencer on the Bold and the Beautiful since 2009. But before that he was well known as Brad Carlton on its sister soap, The Young and the Restless. Most recently, Diamont returned to Y&R as Bill Spencer in an epic crossover event in 2020.

READ MORE: 16 Iconic times Young and the Restless and Bold and the Beautiful exchanged their characters

Don Diamont is a proud father of seven

Davis’ twin brother, Anton, plays the offensive line for the University of Nevada, Las Vegas, while his older brother, Luca, is a quarterback at Duke University. Meanwhile, Don’s other son, Alexander was a quarterback for the Indiana Hoosiers from 2014-2016. Zander now works as a luxury estate agent with Cindy’s company, Cindy Ambuehl Group.

Don and Cindy, who are big on celebrations, recently also celebrated the twins’ 19th birthday in January this year. If you follow the actor on Instagram, then you know how much of a family guy Don is. In addition to his twins, Don has raised five other sons. When his sister passed away in 1998, he took in her son and raised him as his own and he has four sons with his first wife Rachel Braun.

Don has been happily married to his wife, Cindy, since 2011 and they have been together since long before that. Before he and Cindy got together, Don actually had a secret relationship with one of his co-stars from Days of Our Lives. Know all about it in our video from our official YouTube channel.