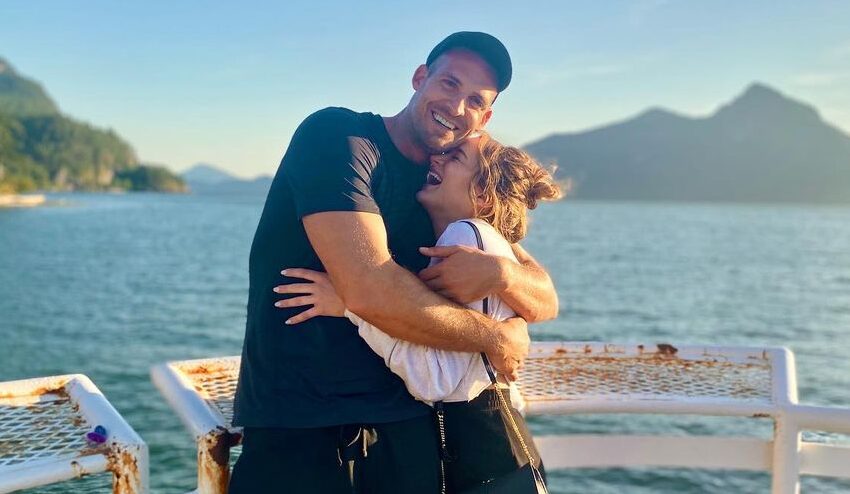 Hunter King has a new boyfriend

Everything we know about Hunter King’s boyfriend Andy McNeil

Y&R alum Hunter King is in a relationship and we are here to tell you everything about Hunter’s new boyfriend. Keep reading to find out about Hunter King’s romantic adventures where she gets whisked away to Whistler.

Hunter King played Summer Newman on The Young and the Restless. Do you want to know who Summer Newman’s boyfriend is in real life?

Who Is Hunter King Dating?

Hunter King is dating Andy McNeil. Although the exact date of when their relationship began is unknown, Andy first posted some photos with Hunter on Instagram on July 7. In the photos, the couple can be seen having fun at Disneyland Park in California. He captioned the photos “MOREEE SPEEEED!!! 🤩🤩 can someone please come get the stupid smile off my face? thanks @hunterking it’s gunna be stuck like this now #disneyland”

Hunter posted one of those photos to her Instagram page on July 13 with the caption “oh crap……🙈”.

Andy McNeil works at a company called Filmless. Nothing more is known about Andy except that he seems to be madly in love with Hunter, the way he “whisked her away” to Whistler in British Columbia. Hunter posted a video of their adventures in Whistler on her Instagram page, writing “Pet about 32 dogs, almost peed my pants roughly 20 times from laughing, and smiled the entire time. Safe to say you can whisk me away to Whistler anytime @amac332”.

Wait, wasn’t she engaged to her boyfriend Nico Svoboda?

What happened between Hunter King And Nico Svoboda?

After dating for two years, Hunter King and Nico Svoboda got engaged on August 19, 2018. They remained together for two more years, calling it quits in 2020. According to a source, it was an amicable split, given that they still followed each other on social media.

What about Hunter King and Michael Mealor? Did they ever date?

On The Young and the Restless, Hunter King and Michael Mealor play Summer Newman and Kyle Abbott, respectively. Even though their characters got married on the show, Hunter and Michael never dated in real life. In 2021, Hunter and Michael exited the show. Hunter temporarily left the show in 2018 because she was filming Life In Pieces.

Hunter and Michael made a brief return to The Young and the Restless on October 12, 2021. They appeared on the show for four episodes. Their next appearances on the show were on December 24, 2021 and February 21, 2022.

While Michael returned to the show for a long term status in 2022, Hunter King was replaced by Allison Lanier on May 17, 2022.

Well, now that you know about Hunter King’s personal life and her run on Y&R, how about we talk about other TV shows and movies she’s been in?

READ MORE: Y&R star Hunter King net worth | How much money did she make on the show?

Before being credited as Hunter King in movies and TV shows, she was credited as Haley King. As Haley King, she appeared in shows such as Roswell, Hidden Hills, Line of Fire and Without a Trace. In addition to her work on The Young and the Restless and Life In Pieces, Hunter starred in Hollywood Heights as Adriana Masters, the lead role.

Hunter’s first appearance in a movie was in 2001’s Science. As Haley King, she appeared in the movie Deux Ex Machina. Judy Moody and the Not Bummer Summer and, A Girl Like Her, Our Last Day as Children and The Day of Matthew Montgomery are some other movies she has been in.