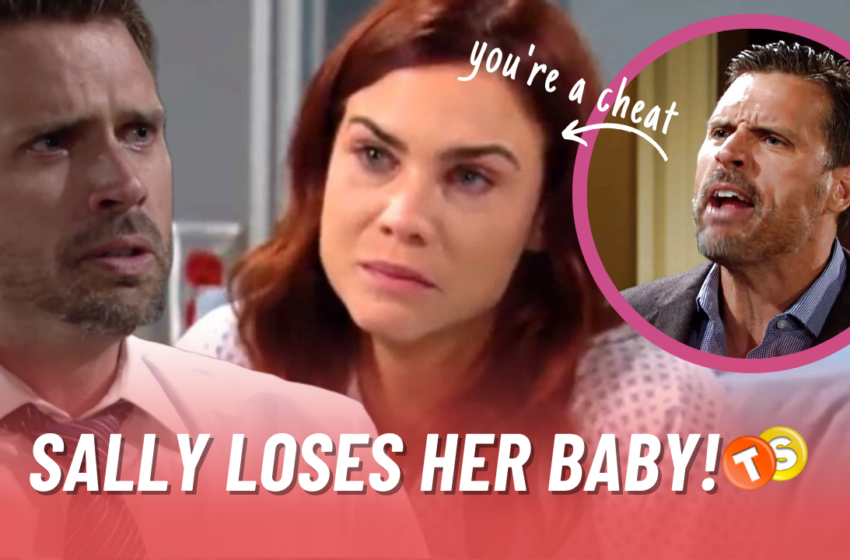 Sally is facing a major problem on Y&R lately. She just found out that she is pregnant but she is not sure who her baby daddy is. It could be Nick Newman or her ex, Adam Newman. So for now, she is making sure that none of the men figures out her big secret. Little does she know that the price for keeping this secret is going to be huge.

Y&R’s latest spoiler confirms that Sally is getting a DNA test done on her baby. Since she slept with Nick and Adam around the same time, she wants to know who the real father of her child is before letting the men know about her condition.

Sally may not want to tell anyone about her pregnancy yet but Chloe is not out of the loop. In fact, Chloe was the one who suggested Sally take a pregnancy test. Sally took her bestie’s advice and found out that she was indeed carrying a baby in her belly. Sally does not know what to do with the information. She can’t tell her boyfriend Nick about it since she is not sure if he’s even the real dad. So, she goes to Chloe, who helps her find the answer to her confusion.

Sally’s been claiming that she’s over Adam. And now that she’s with Nick, she dearly wants him to be the father of her baby. However, she’s been having this weird intuition which makes her think that Adam might be the baby daddy instead. Sally’s assumption pulls the rug from under Chloe’s feet. We know how much she resents Adam. So only the idea that Adam may be the real dad distresses her extremely.

Chloe wants Nick to be the father of her best friend’s baby so badly that she may be ready to do anything on Young and the Restless. And by anything, we mean tampering with the paternity test results. Chloe is the wife of GC’s master hacker Kevin Fisher. So changing the reports quietly without even Sally taking into notice would be as easy as taking a piece of cake for her.

Chloe might think that making Nick appear as the baby daddy would make Sally’s life less complicated but she will certainly regret her decision once Sally pays the price for her shenanigans.

Nick will go over the moon when he finds out that Sally’s carrying his baby. But when the truth comes out, there won’t be any limit to his rage. Nick will surely find out the truth one day but there’s a speculation that he will only find out half the truth. He will find out that he’s been tricked but he won’t know that Sally’s innocent until it’s too late.

As a result Sally will be the one who gets burned. Nick’s anger puts Sally under intense distress affecting her and the baby that’s growing inside her. Wild prediction is that Sally will face some serious medical crisis, which may include miscarriage, if she continues down the road she’s taken recently.

Make sure you don’t miss the upcoming episodes to see how this storyline unfolds on Young and the Restless. And don’t forget to keep tuning in to us for fresh spoilers and news everyday.