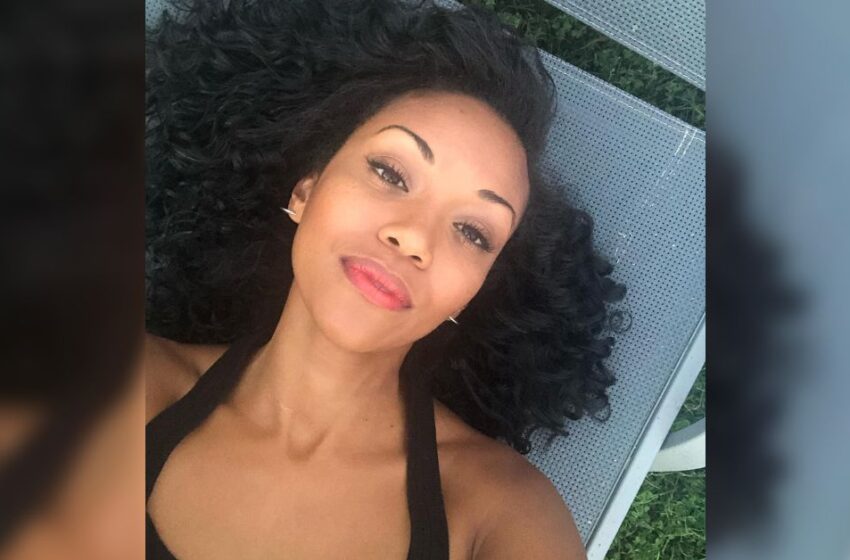 Soap vet Mishael Morgan, who is currently playing the role of Amanda Sinclair on The Young and the Restless, has recently come on the radar. Reason? Interesting speculation has begun about the actress’s personal life. A rumor has started recently stating that the 35-year-old Y&R cast may be expecting another baby right now. What made fans think so? Let’s find out.

As we can see, Amanda is involved in an important storyline at present. She is helping her boyfriend Devon Hamilton in a big business merger. While this storyline is catching the viewers’ attention, there’s one more thing that has excited the viewers.

Some eagle-eyed fans have noticed that something is not usual with the way Amanda is being filmed lately. In addition, the audience has also been skeptical about the type of dresses she has been wearing lately. This has started a rumor among the audience that perhaps Amanda star may be pregnant in real life.

After watching one of the latest scenes of Amanda, some of the viewers took to social media to discuss Amanda’s belly which they’ve deemed as a real baby bump of the actress.

Last week, Y&R reposted a photo from the set of Society, which was originally shared by actress Christel Khalil. In the frame were Y&R’s four beautiful ladies – Christel Khalil, Leigh-Ann Rose, Mishael Morgan, and Melissa Ordway.

In the comments section, one fan voiced her suspicion, writing, “I know it’s rude to speculate, but doesn’t Amanda look like she’s trying to ‘hide’ a pregnancy, especially with her outfit today?”

“I think she is, and I think that is why she was talking about Dominic with Phyllis so that this pregnancy can be written in,” chimed in another.

Mishael Morgan is already a mom to two children

Morgan is yet to confirm anything about pregnancy. But there’s a tip-off that a couple of Y&R actresses are expecting right now. Meanwhile, the latest spoilers tease that Amanda will receive surprising news in the upcoming episode. Could this surprise news be related to the character’s pregnancy? Is Y&R planning to write Morgan’s real-life pregnancy into the show? If true, it’s going to be very exciting as Devon will finally have a complete family.

As for Morgan, it will be her third baby. She and her husband Navid Ali are already parents to two cuties. Their firstborn is son Niam, who was born in August 2015. Then, in November 2018, the couple had a daughter whom they named Naliyah.

As we’ve mentioned, the leaks from Y&R set state that not one but two actresses could be pregnant right now. Who is the other actress that is pregnant right now? Could it be Cait Fairbanks? Watch this video from our official YouTube channel to find the answers.