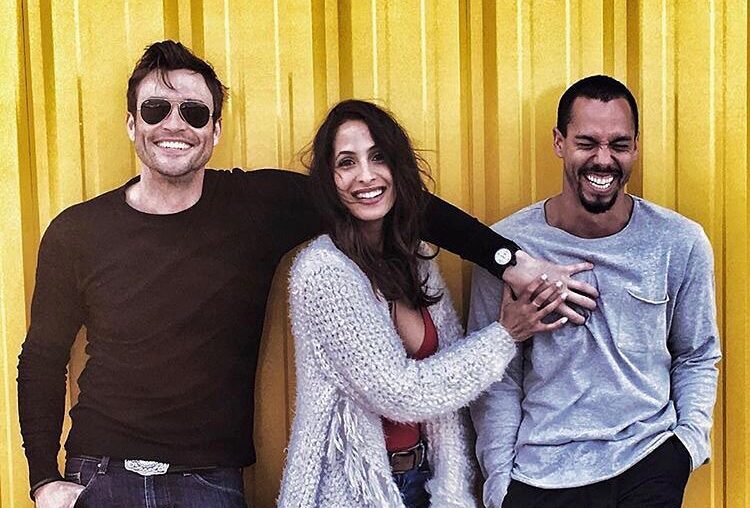 Real life soap opera BFFs from Young and the Restless

Long hours on set lead to plenty of time for bonding for celebrities. In this video, we’re celebrating the true friendships of some of the stars from the Young and the Restless. Some of these stars met on set and realized that their bond was way too fun to just exist at the workplace. And for a couple of them, they have been best friends for decades. Here are 10 soap stars that have found their BFF in Genoa City and gotten the chance to work together on screen.

Their friendship continued long after the cameras stopped rolling, despite the rivalry between their onscreen alter egos, Lily Winters and Hilary Curtis. Fans will remember that during an argument, Lily caused the car accident that killed Hilary and her unborn baby.

After years of absence, Mishael Morgan returned to the Young and the Restless as Amanda Sinclair, who gets along fine with Lily Ashby. Off-screen, Mishael and Christel have quite the friendship. When Mishael was expecting her first baby in 2015, Christel co-hosted her baby shower in LA along with her other friends. Mishael also walked her first runway with Christel for a charity event back in 2018.

These two have played BFFs on screen for years and fans will be glad to know that they share the same bond in real life too. Even when Michelle left Y&R for a few years, she and Christian remained close and often appear on each other’s Instagram pages.

Earlier in January, these two appeared on Michael Fairman TV where they talked about their enduring friendship and onscreen chemistry. Michelle had some really nice things to say about her BFF, whom she called incredibly intelligent and someone you can always have a good conversation with.

Any Y&R fan would know that their friendship runs deep. The onscreen brother sister duo are incredibly close in real life too. If you’ve peeked at either of their Instagram profiles, then you know about the heartwarming captions they write for each other under their posts, especially on birthdays.

Bryton shared this photo on Christel’s birthday last December and wrote, “To the one who’s had my back from day 1.. I know I’m a day late.. but my best friend deserves to be celebrated every day. I love, appreciate, and couldn’t be more proud of the woman you are.”

Bryton and Christel actually met when they were kids when they appeared together in an episode of Family Matters. They didn’t talk after that but remembered each other when they met on the set of the Young and the Restless when they were teenagers.

They got close on the show and later became the best of friends. “She’s the closest thing I’ve ever had to a real sister,” said James in an interview.

Their friendship goes beyond the canvas. From TV brother-in-laws to real life business partners, Daniel and Bryton share a special bond that’s heartwarming to watch. Just take a look at the caption Bryton wrote for Daniel’s birthday last year “Your friendship has meant more to me that words could ever say. Your mind is unmatched and I trust you with my life.”

Back in May 2020, the former co-stars launched an app called Bildbord to bring soap stars and their fans closer. They also launched Dysko, an app where fans can interact with each other and their favorite soap stars in augmented reality.

Daniel was let go from the soap in 2020 and on his last day, he took this selfie with Bryton after his last scene calling him “one of the most caring and generous people,” he knows.

Be it the holidays or a Sunday brunch, these two real life besties know how to have fun and strike a pose. You may remember Tamara played Alice Johnson on the show from 1998 to 2005 and returned years later for a brief story arc. Sharon and Tamara last shared the screen on Y&R in 2017 but have remained the best of friends in real life.

What are your favorite real life friendships from the Young and the Restless? Let us know in the comments below.