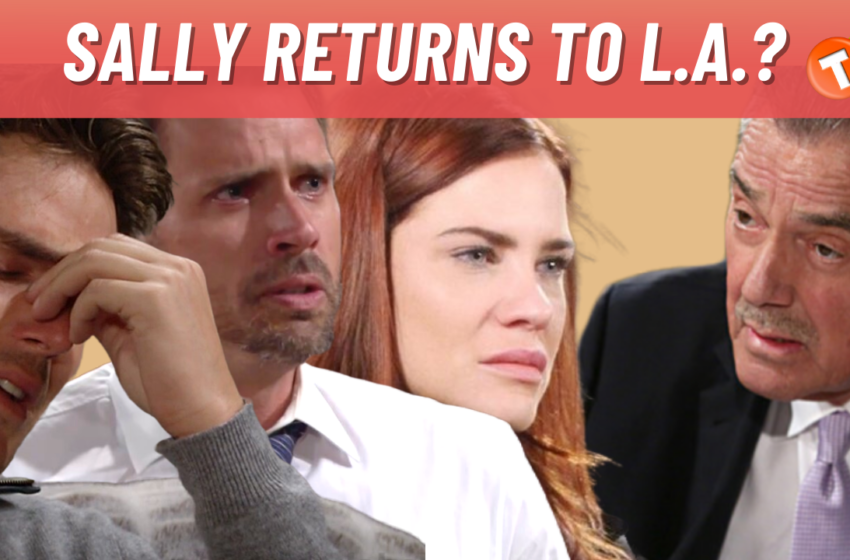 Could Victor be any worse as a dad on The Young and the Restless?

Victor (Eric Braeden) has earned a reputation as Young and the Restless’s greatest villain of all time. So, often, when it comes to his kids, he seems to forget that he still has a heart. Well, Nick (Joshua Morrow) and Victoria (Amelia Heinle) have always been his favorite kids. But Adam (Mark Grossman), he’s always been left with the short end of the stick. No wonder, Adam’s the Black Sheep of the Newman family. Victor has been unfair to him way before he was born. But what he did to him last week made all of us question if Victor could get any worse as a dad on Y&R.

On Tuesday, December 27th, Victor decided to convince Adam to return to Newman Enterprise. But he ended up doing horrible things that taught us a lesson on how not to do parenting.

It started with a casual conversation. Victor asked Adam to come back and work for him, well, for his sister to be exact. Adam politely declined the request explaining he was happy at Jabot. And that triggered Victor and he began attacking Adam with some really disrespectful comments.

The Mustache slammed Adam saying that not only he was not happy at Jabot but he was unhappy in general since the woman he loved had moved on with his brother. The mother of his kid continued to be unacceptable. On top of that, he did not have his father’s respect – he added. Victor pointed out that Adam had NOTHING and insinuated that it was Adam’s own fault that he was without anything.

Is Adam solely responsible for his downfall?

As Victor continued parental gaslighting Adam, it felt as if Victor had lost all his memories. I mean, just think about it – Adam would have never broken up with Sally (Courtney Hope) if he wasn’t to save her dream job at Newman Media.

Also, Adam had not left Newman Enterprises on his own. It was Victor and Victoria’s calculated plan to put him up as president during their battle with Ashland (Robert Newman), and then instantly pull the rug out from under him as soon as he was no longer useful.

Victor’s bad parenting does not stop here! It’s no longer a secret that Sally is going to have a baby bun baking in her baby oven. Also, it’s not a secret how much Victor resents Sally. So when he finds out that she is pregnant with his grandchild, he will certainly lose it.

There’s no way Victor will want the redhead to be a part of his clan. So what he may do is hand her big fat money and ask her to leave Genoa City silently. It is not that he has not pulled this stunt on anyone before. You may remember how things went down when he gave Ashland a whopping $500 million to leave her daughter and GC altogether. Will Sally be able to decline Victor if she gets paid half a billion? Keep watching Y&R every weekday on CBS to find out.