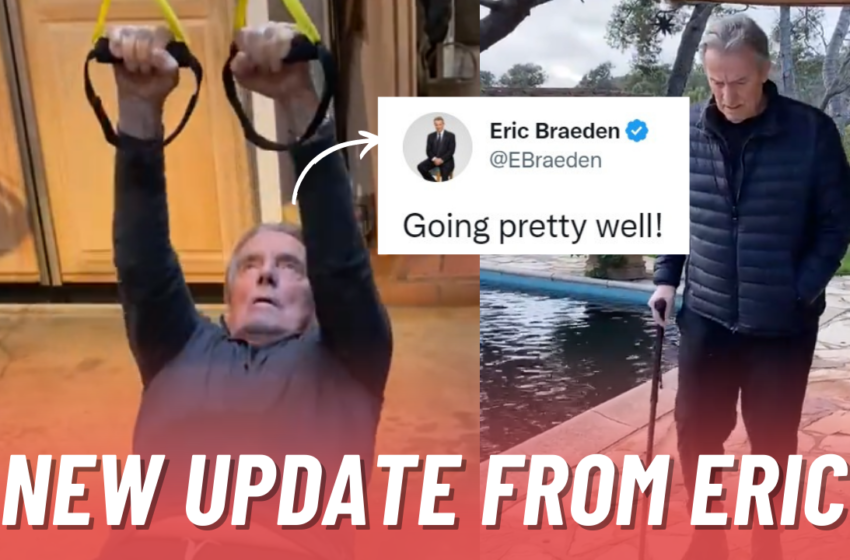 Eric Braden is better than ever!

Age is just a number for Y&R veteran Eric Braeden. The soap star turned 81 this year and could give actors half his age a run for their money. As you already know, Eric had surgery last month to replace his knee and the man is already up and running. Eric posted the latest update on his Twitter and it was certainly a sight for sore eyes. Here’s what the veteran has been up to since having knee replacement surgery.

Eric Braeden took to Twitter last weekend to post a fabulous update for fans who have been worried about his health ever since he revealed that he had undergone surgery. In the clip posted to his official Twitter, you can see the actor doing a variation of pull ups with his knees bent and he’s having no trouble doing his reps. “First attempts” he captioned the video. Hard to believe that he just had surgery!

Eric has been using a walker to get around and it’s going pretty well, according to him. A concerned fan commented, “Don’t overdo it. Looking good. You are an inspiration to us all.” to which the actor replied, “Not doing anything drives me crazy!”

Eric also shared that he was in a world of pain after he tried to get up from below his knee level. According to him, the resulting balancing act was the most painful thing he had ever done and warned his fans to listen to their doctors and not overdo it.

Eric Braeden will be back soon!

But a knee replacement won’t stop Eric from getting his daily workout. He may not be able to get a full workout because of his knee, but the 81 year old actor was seen throwing some punches in his room a few days ago. The award winning actor assured his fans that he will get back to boxing sooner than later.

Eric had undergone knee replacement surgery earlier in December and posted this photo from his hospital stay. He went on to reveal that he had to get surgery because his knee was getting so bad that the doctors found holes in his left knee. Surely, the actor is an inspiration to fans everywhere and seeing him bounce back after his surgery has brought his fans great joy. We’re sure he’ll be back to his prime in no time!

Wishing you a speedy recovery Eric! Catch up with Victor Newman on the Young and the Restless every weekday on CBS.