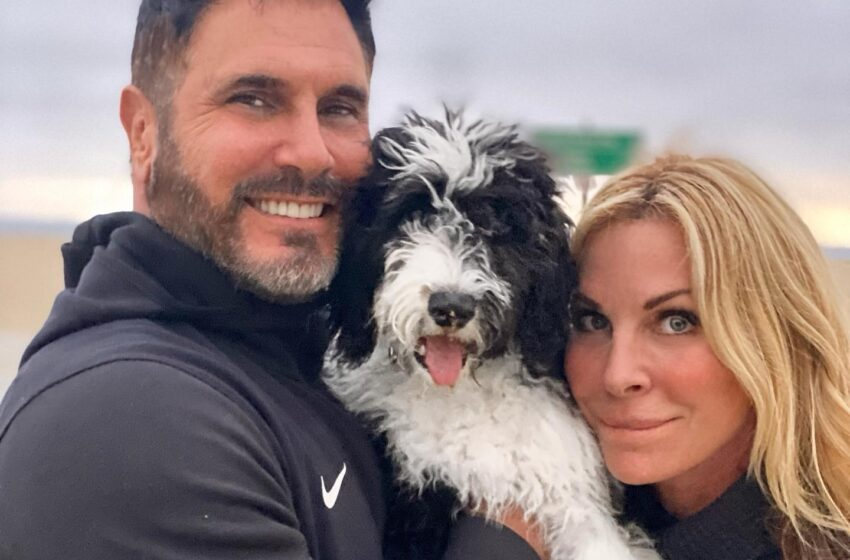 Don Diamont with his wife Cindy and their dog Èzey.

Who is Don Diamont’s new daughter in law?

Don Diamont is best known as Brad Carlton on The Young and the Restless and Bill Spencer on The Bold and the Beautiful. It was sad when his character got killed off due to some changes in staff. You know how Brad Carlton is but do you know about Don Diamont in real life? What is he doing now? Keep reading to know about his new daughter-in-law and his real life.

Who is Don Diamont’s Daughter in law?

If you’re a die-hard fan of Don Diamont and keep up with his Instagram you must know that his son got married in July this year. Don Diamont’s son, Alexander, got married to his long-time girlfriend, model, and influencer Audrey Feyz. Audrey Feyz is a popular Instagram star and a model from the United States.

Alexander and Audrey got engaged last year in September. Don congratulated and welcomed Audrey into their family and wrote on Instagram, ” It was definitely an eventful week.” Also, he expressed his happiness to his son and future daughter-in-law. Diamont had posted a video montage from their marriage where can see Alexander and Audrey’s sizzling chemistry. As they walk down the aisle, we can look at their cheerful faces all excited to start a new journey together.

Who is Bill Spencer from The Bold and the Beautiful? Actor-Don Diamont

Don Diamont was born on December 31, 1962, in Oceanside, New York.  He is the son of the Late Judy Diamont and the Late Albert Feinberg. Don Diamont is the youngest son in his family. Unfortunately, his sister Bette and brother Jack passed away. He has 4 sons with his ex-wife Rachel Braun. On June 12, 2012, he married his long-time girlfriend Cindy Ambuehl in Eze, France. With Cindy, he has 2 twin boys named Alexander(Zander) and Luca.

You’d be surprised to know that Don Diamont was also good in sports and was a star athlete during his high school. He also excelled academically. He had attended Brentwood School, East Campus. Don Diamont chose his mother’s maiden name and changed his name from Donald Feinberg to Don Diamont.

Don Diamont who is popular for portraying the role of a businessman in Young and the Restless joined the cast in 1985 and played it until 1996. However, after taking two years of break he returned to the show and continued his role until the character was killed off. However, his opportunities didn’t end here. He became a part of the soap Bold & Beautiful as Bill Spencer Jr. But Diamont did return as a vision when his onscreen daughter was drowning in the lake he died.

Don Diamont has also starred in many Tv shows including Diagnosis Murder, Burkes’ Law, County Justice, and High Tide. He belonged to different ethnicities for different characters on the soap he played. Carlo was Latino, Brad was Jewish, and Bill Spencer was Italian and calls himself, “The Italian Stallion.”