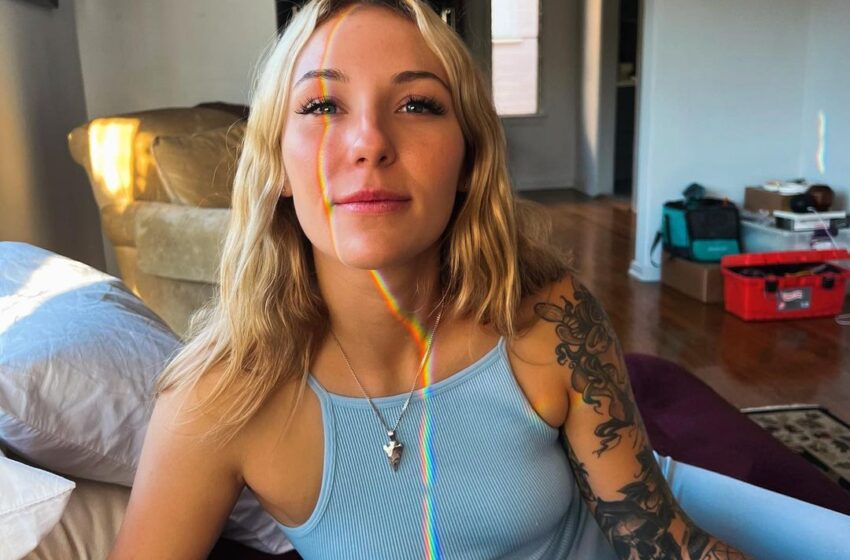 Alexes Pelzer is returning to B&B once again!

Meanwhile, Alexes is in a relationship with Clinton Brink. A few weeks ago, her boyfriend celebrated his 37th birthday. The aspiring actress shared a belated birthday post and wrote, “I love this man and with all the birthday commotion I forgot to do a bday post. So happy belated bday post-baby. 37 never looked so Dahm good!”

According to her Instagram, Alexes is modeling for Gina’s Boutique, a private boutique in Newport Coast, California. If you take a look at Alexes’ Instagram, you’d notice that she frequently updates her Instagram feed with images from her photo sessions.

Fans when saw a new face on B&B learned that it was nobody but Brown’s real-life daughter when the camera zoomed on her face. Everyone could identify Alexis Pelzer because of how much her face resembled that of her mother. This was her acting debut.

If you’re wondering how Alexes landed her guest role: At the Daytime Emmys this year, the mother-daughter duo was seated next to each other and Casey Kasprzyk, the supervising producer at the show. Casey happened to mention that there may be an opening at the Bold and the Beautiful. Alexes was pretty psyched when she heard this.

Brown’s daughter had such a wonderful time on the set that she told Soap Opera Digest that she is ready to return back to the show if required. The actress told the magazine, “It was great. I would be willing to do more extra work. I liked the rehearsal, I liked the wardrobe and I love seeing my mom in the limelight.”

Kimberlin reveals that her daughter is coming back to the show again!

As of recent Kimberlin Brown’s Instagram post, she is all set to make a comeback on the show. Pelzer was wearing a long, white knit dress and could be seen smiling for the camera while clutching what appeared to be her character’s attire. When news of Alexes’ return broke, fans also expressed excitement. They had hoped she would play the role of Daisy, Sheila’s daughter.

We’d love to see Alexes portray one of Sheila’s daughters, Diana, Daisy, or Mary Warwick. It might stir things up in the show to bring Sheila’s family to the canvas. What do you think? Let us know in the comments what you thought of Alexes’ guest appearance on the Bold and the Beautiful.