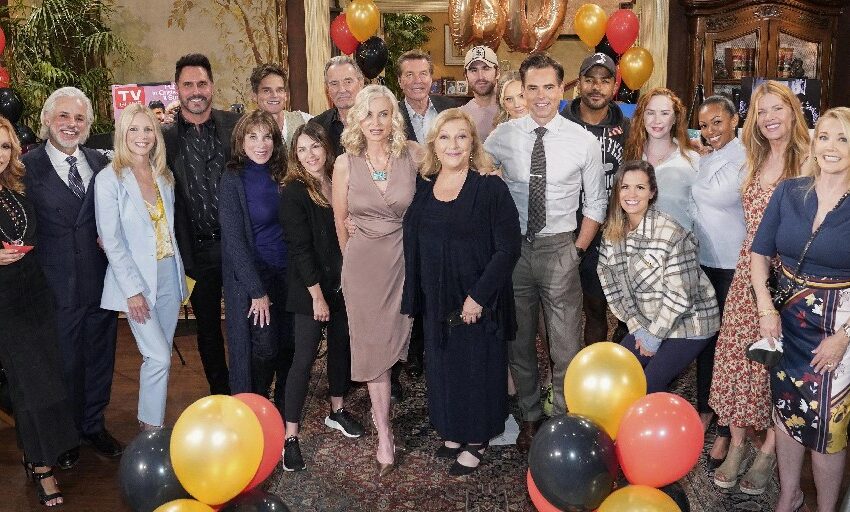 The Young and the Restless is one of the longest-running soap operas in the USA. It has been airing since 1973 and there are over 12,000 episodes that have aired so far. Needless to say, Y&R, along with the cast members of the show, is very popular among soap opera lovers.

Y&R has a huge cast including actors who have been on the show for decades. Meanwhile, there are actors, who are although relatively new on the show, are equally popular. We will be talking about the earnings of some of the most popular cast members from Y&R as we rank them by their net worth. Read till the end to see who makes the most money.

Several actors have played the role of Kyle Abbott on Y&R but Michael remains the most popular one to this day. He took over the role from Lachlan Buchanan in 2016 and played the part until July 2021, leaving around the same time as his on-screen love interest, Hunter King.

Michael certainly earned a fair share of fame and popularity during his tenure at Y&R. Besides, he amassed an impressive sum of net worth. Sources report that his net worth is approximately $1 million. As compared to his other co-stars, Mealor has the least amount of net worth, probably because he is still new in the business. We believe this number will only grow in the future.

When Jason Thompson first joined Y&R in January 2016, not many viewers were on board with him. It was because fans were still pining for their favorite actor Billy Miller. However, with his impressive performance, Jason quickly won the hearts of the viewers and he even won a Daytime Emmy Award.

Before landing the role in Y&R, Jason was renowned as Dr. Patrick Drake from the ABC soap, General Hospital, where he also showcased his talent as a singer and songwriter. Although he is a good singer, his major source of income is his acting job. His exact net worth is not known but several sources claim that it must be somewhere between $1million to $5million.

Marla Adams, who portrayed the role of the Abbott matriarch, Dina Mergeron, was one of the oldest cast members of Y&R until October 2020. Not just that but she was also one of the longest-serving actors on Y&R, having joined the show in 1983 and never being recast until her final episode.

Before landing the iconic role on the CBS daytime, Marla was famous for playing the role of Belle Clemens in another CBS show, The Secret Storm. In the past few decades, she has not been actively working. Still, she has an impressive net worth of $1.6 million.

Beth Maitland has been playing the role of Traci Abbott on Y&R since 1982. There are not a lot of times when Beth has been involved in a front-burner storyline. But despite that, Beth’s steady role with the show has helped her in accumulating a significant net worth of $1.7 million.

For more than two decades, Sharon Case has been playing a fan-favorite role on Y&R. She is the third actress to portray Sharon and by far, the most adored one.

Soap opera lovers may remember, she played the role of Dawn Winthrop on General Hospital before joining Y&R. Besides, she’s also renowned for her role in As the World Turns. A former model and veteran soap opera actress, Sharon Case has a net worth of $3 million. This amount is a partial result of her jewelry line, Pomp, as well, which she launched in January 2010.

Eileen Davidson was a series regular on Y&R for more than two decades before she dropped to recurring status in 2018. Since reducing her screen time on Y&R, Eileen has appeared in multiple television and mainstream movies like The Guest House, The Last Sharknado: It’s About Time, 7 Days to Vegas, etc. Most recently, she returned to The Real Housewives of Beverly Hills Season 10 and also reprised her role in Days of Our Lives spin-off Beyond Salem. So far, Eileen has amassed a net worth of $3 million, the same as Sharon Case.

Doug Davidson is the longest-serving cast member of Y&R. He entered the show in 1978, playing the role of Paul Williams, and has ever since remained in the role. Despite being such a legacy cast member, Doug has not received adequate recognition from the showrunners, as a result of which he was dropped to recurring status in 2018. Doug spent 40 years as a major cast member on Y&R, during which he has accumulated a net worth of $4 million.

Jerry Douglas played an iconic role as John Abbott, the foundation of the Abbott family, on Y&R. The character was created forty years ago and was originally played by actor Brett Hasley. However, just a year later, John was recast with Jerry.

Jerry was a series regular until 2006 when his character passed away but he continued to make occasional appearances in his son Jack Abbott’s vision. Once in 2008, Jerry appeared in a brand new character on Y&R as Alistair Wallingford but was written out shortly. Sources state that his long tenure at the show has helped him accumulate a net worth of $5 million.

Douglas passed away on November 9, 2021, only three days shy of his 89th birthday.

Most of the younger viewers may not know this but Melody Thomas Scott was a big name before she joined Y&R. She was 9 years old when she starred in a movie called Marnie and went on to land in projects like Charlie’s Angels. Melody joined Y&R in 1979 and has since been playing the role of Nikki Reed Newman on the show. Sources state that she currently has a net worth of $7 million.

Tracey E. Bergman is a veteran soap opera star who is renowned for her role as Lauren Fenmore. She has made numerous cross-over appearances on The Bold and The Beautiful as well. Once in 2010, she took on double-duty with Y&R by playing the role of Sheila Carter’s sister Sarah, while still portraying Lauren.

Besides being an amazing actress, Tracey has other business ventures to look after. She has launched a yoga clothing line called Bountiful Buddha, a jewelry line called The Tracey Bergman Collection, and was also a spokesmodel for the Jabot cosmetics line. Overall, she has a net worth of $7 million.

Jeanne Cooper played the iconic Katherine Chancellor in Y&R until the very last days of her life. Jeanne passed away on May 8, 2013, at the age of 84. She had a net worth of $8 million at the time of her death.

Gina Tognoni had already appeared in soap operas like Guiding Light and One Life to Live before she landed the role of Phyllis Summers in 2014. She received immense love and support from the Y&R viewers during her stint and is still missed to this day. Gina has not appeared in many acting projects since leaving Y&R in 2019. However, she still has a huge net worth of $9 million.

Peter Bergman landed the role of Jack Abbott in 1989. The younger viewers may not know this but he played another iconic soap opera role before joining Y&R. He was the face of Dr. Cliff Warner on All My Children for ten years. His successful soap opera career has resulted in a net worth of $10 million. The amount is relatively lesser than some of his co-stars but he is still the richest Abbott star.

Did you know that Joshua Morrow has not appeared in any other acting projects than Y&R? He once did audition for a role in The Bold and the Beautiful shortly before landing the role in Y&R but sadly, he did not get the part.

Speaking of his role as Nick, the role has been played by various child actors in the past. But since the character was SORASed into a teenager, Joshua is the only one to play the part. Despite having just one project in his filmography list, Joshua still has a net worth of $12 million. Perhaps he receives a lucrative salary from the show.

Early into her acting career, Michelle Stafford originated the role of Phyllis Summers on Y&R. She received a lot of fame from the role. However, she moved on from the role for other opportunities.

Michelle has appeared as a series regular in more than just Y&R. Tribes, Pacific Palisades, and General Hospital are a few of her other famous projects. Speaking of net worth, in her career spanning over three decades, Michelle has accumulated a net worth of $15.6 million.

Daniel Goddard is an Australian-American actor best known for appearing on BeastMaster and The Young and the Restless. He was fired from Y&R in 2019. However, he remains close friends with his Y&R co-star Bryton James. Together, these two actors launched a social media app called BILDBORD in May 2020. In August this year, they co-launched another app called Dysko. As of now, Daniel has a net worth of $17 million.

Christel Khalil joined Y&R in 2002 playing the role of Lily Winters.  With a net worth of $17 million, which ties with her former onscreen lover Daniel Goddard, Christel is one of the richest female stars of Y&R.

Eric Braeden joined Y&R in 1980 as a recurring star. Surprisingly, his character became immediately popular and went on to become a legacy of the show. As of now, Eric is the longest-serving actor on Y&R and with $25 million net worth, he is also the richest male actor on the show. The amount, however, is not solely earned from The Young and the Restless. Eric has been active in the industry long before joining Y&R.

Lauralee Bell originated the role of Christine Blair in Y&R in 1983 and has since been playing the part. As the daughter of Y&R creators William J. Bell and Lee Phillip Bell, Lauralee made her acting debut through Y&R. Over the years, she has appeared in some other movies and TV shows. However, Christine Blair remains the most famous role of her career to this day. Although the character has been missing in action for a long time, Lauralee still makes the first place in this list with a whopping net worth of $200 million.

That’s all for this article. But before you head out, here’s a video from our official YouTube channel where we’ve disclosed the net worths of the top Bold and the Beautiful stars. Enjoy!