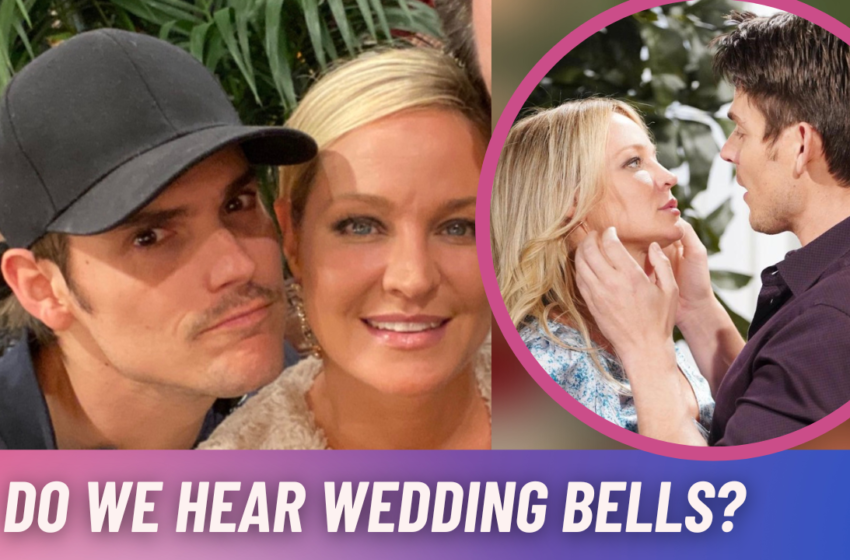 Sharon Case and Mark Grossman are among the soap stars who have taken their characters’ chemistry to their own lives. Their onscreen torturous romance is something that we enjoy but offscreen, thankfully it seems to be less dramatic. But, we haven’t seen them in a while? Where are they right now? Keep reading to know if Sharon and Mark are still together.

Sharon and Adam have the best chemistry on the Young and the Restless. Their bitter-sweet relationship is something that makes us stick around. Although, there’s always something that’s a little bit toxic about their relationship.

Fans would love to see Sharon Collins and Adam Newman again on screen. Not too long after Mark took the role of Adam Newman, he and Sharon started dating in real life too. The couple has been together for almost 3 years.

They made their relationship public in 2021. Sharon even met Mark’s parents in October last year and she even got to spend time with Mark’s father. Also, they spent their quarantine together which was a golden opportunity to know more about each other.

We still believe their engagement rumor was true. That huge diamond ring that Sharon started sporting looked like an engagement ring. Certainly, pictures speak a thousand words. And neither of the stars confirmed it.

But, it’s suspicious that they didn’t even deny it. So, maybe something interesting is cooking. If we’re true about Mark proposing to Sharon, we can predict that they’re going to announce their wedding very soon.

Mark Grossman and Sharon Case are still together

But where are the couple right now? Are they still together? Let’s debunk the rumors. Yes, they’re still together. Although it sucks that we haven’t seen them in a while. Maybe they’ve taken some time to stay private and enjoy their relationship. They appear to be doing well on their own on social media.

Mark and Sharon are keeping it hush hush but it definitely doesn’t mean they’re not planning something. Have some patience! They will announce it at some point. Till then, all we can do is wait and watch. What do you think about Mark and Sharon’s off screen romance? Let us know in the comments below.

Sharon Case suffered a major heartbreak in 2009. She opened up about her divorce in an exclusive interview with Soap Opera Digest. Watch our video to know more: