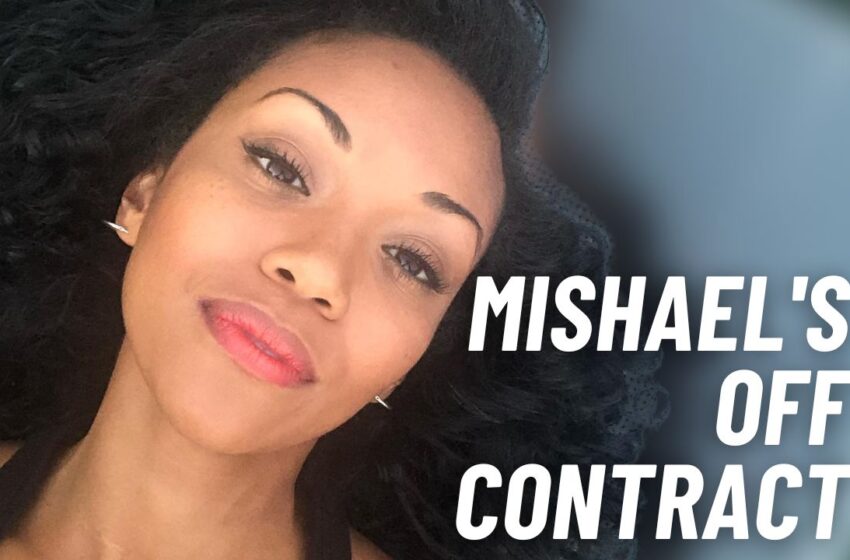 As we reported earlier, Mishael Morgan’s name has stopped appearing on the closing credits for a few weeks. Now the latest updates report that Morgan has requested a status change at Y&R. Is she leaving the soap for good? Let’s find that out while we give you more information on the show’s newest arrival.

Amanda has been MIA on Y&R since August 5. She left GC along with Imani to check on their mom Naya in Virginia after she suffered from a serious stroke.

After almost a month, Imani returned to GC but alone. Apparently, Amanda has decided to stay a little longer with her mom.

In reality, however, Amanda actress has decided to “take a bit of a step back” from The Young and the Restless although she had promised on social media that she would be back on screen “very soon” just a couple of weeks ago.

Don’t worry, I’ll be back on screen very soon ❤️

As promised, Morgan returned to the set to tape a brief scene. But soon she shared an Instagram reel announcing that she is no longer a contracted performer with Y&R.

Morgan began her story by saying, “I just wrapped my last scenes back at Y&R and I just wanted to let the cat out of the bag. A lot of people have noticed that my name is not on the main credits anymore and I wanted everybody to know that it was my decision. I decided, actually back in December, that I wanted to take a bit of a step back from the show.”

We won’t be seeing Morgan in her iconic attorney avatar as frequently. But it isn’t something we should be sad about, right? Because she will still be recurring on the show.

Where is Mishael heading from here?

You may be thinking that Morgan has left Y&R for some dream role. But that’s not true. She is still trying to figure out what she should do next. Recently, she also took to Instagram to ask for some suggestions from her fans.

“What would you like to see me in next? Everyone keeps asking what’s my next dream role, but honestly I don’t want to limit my next chapter. Just curious what you all would like to see me do next?! #nolimits #mynextrole #opinionswelcomed #findingmystory,” she wrote on Instagram by posting a beautiful selfie of herself.

Well, whatever new path Morgan will choose, we know she will thrive vigorously. And then there’s also Y&R, a home she can return to anytime she likes.

READ MORE: Is everything fine with Brytni Sarpy at work? Is she next to leave Y&R?

As we speak of the Y&R comings and goings, there’s a new face who’s joining the show this month. Veteran soap actor James Hyde has been picked to play the role of Jeremy Stark on Y&R, another man who shares a past with Diane Jenkins.

Hyde announced his casting on Y&R via Instagram and announced that he will make his debut appearance on Friday, October 21st.

Viewers may remember Hyde from his past daytime role as Neil Johanssen on NBC’s Another World. However, he is most famous for his heroic role as Sam Bennett on Passions.

What sort of role will Hyde play in Diane’s drama on Y&R? Keep watching Y&R on CBS every weekday to find out. And, keep tuning in with us for the latest soap news and spoilers.