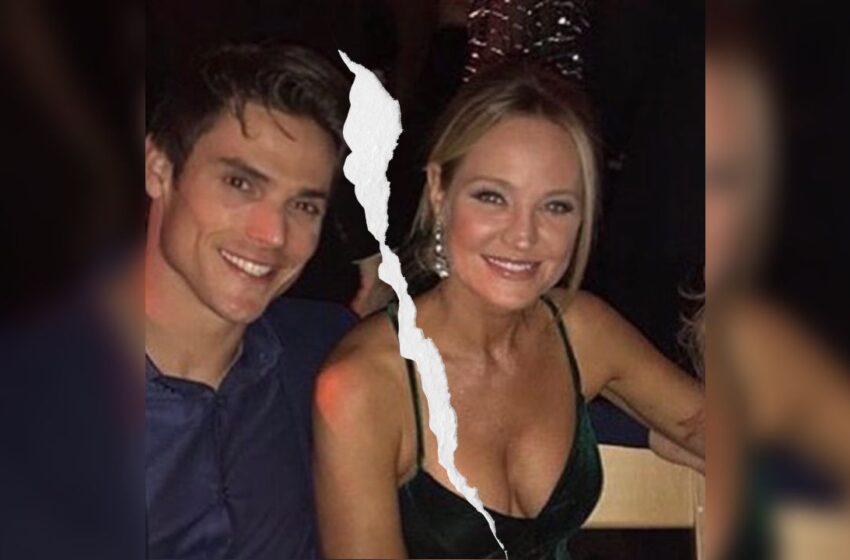 After confirming their relationship in early 2021, Sharon Case and Mark Grossman have seemingly broken up.

A rumor had been going around that Sharon Case (Sharon, Y&R) and Mark Grossman (Adam Newman, Y&R) had broken up after the actors stopped posting pictures of one another on their Instagram handles. Turns out, the rumor is true! Mark Grossman’s recent IG story not just confirmed their breakup but also revealed that he is dating another Y&R co-star at present. When did Sharon and Mark break up? Who is Mark’s new girlfriend? Know it all here!

The timeline of Sharon Case and Mark Grossman’s relationship

Mark Grossman made his debut on The Young and the Restless in May of 2019. Just a couple of months later, the buzz about his and Sharon’s real-life romance started after they were seen exceptionally close to each other during a PR event.

Sharon did not exactly address what was going on but she continued teasing the fans with loved-up pictures of her and Grossman on Instagram.

In April of that year, the soap world went abuzz with rumors of their engagement. Apparently, Sharon was seen wearing a hard-to-miss ring on her left hand at Y&R production coordinator Laura Walsh’s 20-year anniversary with the soap. However, Sharon and Mark neither confirmed nor denied their engagement rumor.

Fast forward to the present day, the pair is no longer a thing. We don’t exactly know when they broke up but we assume it was in late 2021 or early 2022. The last time they were seen hanging out together was in October 2021 when Grossman had taken Case to Canyon Motocross in Arizona. Sharon even rode behind her co-star on his dirt bike and she also met with his family.

Case and Grossman’s breakup was something fans thought was on the horizon. However, what they did not see coming was Grossman’s relationship with Courtney Hope (Sally Spectra, Y&R). Yes, the cat’s out of the bag!

The actors went official on social media this week with Grossman sharing a glimpse of their real-life romance on his Instagram story.

Apparently, Courtney Hope was at a weekend wedding of her best friend where she was maid of honor, and Mark was her plus one at the event. Grossman took to Instagram to share a story from the same event where he and Hope were clearly romantic. Next, Hope also re-shared the same story on her IG handle.

There isn’t any evidence to prove when exactly they started dating but a little digging up led us to discover that Grossman started hitting likes and commenting on Hope’s social posts in July this year, just two months after their characters started hitting the sheets on The Young and the Restless.

That’s all for now. Keep tuning in with us for the latest Y&R spoilers and news. Also, keep watching Y&R every weekday to see how the Adam-Sally-and-Nick love triangle pans out.