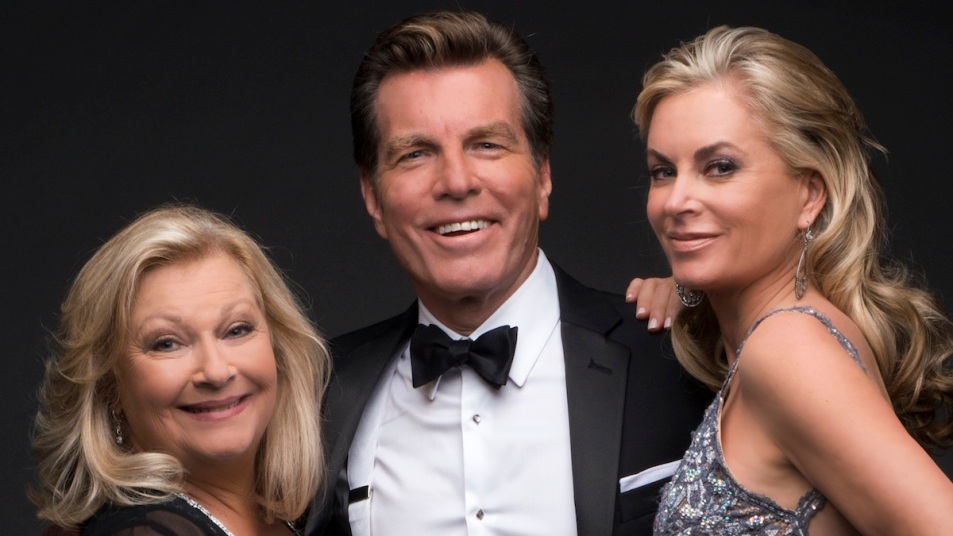 Young and the Restless Facts: Who is the richest Abbott star in real life?

In the land of Genoa City, the Abbotts stand as one of the most prominent families. The late patriarch of the family, John Abbott, has left enough money for all of his children along with multiple businesses to look after.

Thus, there’s no doubt that each of the Abbotts are worth millions of dollars in the fictional world. But what about in the real world? Are all the actors as rich in real life as well? Here are all of your favorite Abbott stars with their respective net worth, ranking from the least to the most richest.

The role of Kyle Abbott was introduced in 2010. Several actors have played this role on Y&R until now, with Michael Mealor being the last one to take over the role in 2018.

Before joining the famous CBS daytime show, Michael had appeared in a few acting projects in the past. Viewers may know him from a 2014 movie called Indigenous while he has also made a couple of appearances on the CW series, Supergirl.

Recently he also appeared on Y&Rs sister soap the Bold and the Beautiful alongside Hunter King as a part of the iconic crossover event.

The young actor has already amassed an impressive sum of net worth, approximately $1 million, so far, most of which is the result of his Y&R stint.

As compared to other Abbott stars, Michael is still new in the business. Thus, he has the least net worth than his co-stars as of 2021.

Marla Adams, who portrayed the role of Dina Mergeron on Y&R until October 2020, was one of the oldest cast members of the show.

She was also one of the longest-serving cast members, who joined the show in early 1983. And interestingly, her character is one of the very few on the show which has never been recast, except for the time when Cathy Marks played the role for some flashback scenes. The character may have a history of mischiefs. But in the past few years, Alzheimer’s kept her mostly passive. The Alzheimer’s storyline has been one of the critically acclaimed stories of Y&R to this date.

Both Marla Adams and the show received huge admiration from fans, with Adams even receiving a Daytime Emmy nomination in 2018.

In the recent past, Dina was also included in a major storyline when Jack Abbott decided to commemorate his mother’s life achievements. He, along with the help of his siblings, wrote and published a memoir about Dina.

Before landing the iconic role on the CBS daytime, Marla was famous for playing the role of Belle Clemens in another CBS show, The Secret Storm.

In the past few decades, she has not appeared in any other show other than Y&R. Yet again, her lucrative salary at the show has helped her amass an impressive net worth of $1.6 million.

Eileen Davidson originated the role of Ashley Abbott on Y&R in 1982. Davidson was only 22 years old when she made her debut on the show.

Now, after spending more than three decades at the show, Eileen has garnered immaculate success, along with a huge net worth. Reportedly, Eileen had a net worth of approximately 3 million.

She was a series regular on The Real Housewives of Beverly Hills for three seasons from 2014 to 2018.

She returned as a guest star for Season 8 and has recently made another guest appearance on the reality show’s latest season as well.

Beth Maitland was introduced to Y&R viewers around the same time Eileen made her debut.

She originated the role of Traci Abbott, and until this day, the role has never been recast.

The actor, however, faced a backlash from some Y&R viewers back in 2019 after some speculated that Daniel Goddard’s firing was related to the Cane-Beth romance storyline.

To this date, Beth remains an integral part of the Abbott family on Y&R.

Speaking of her net worth, although the exact details have not been disclosed, multiple sources claim that her net worth maybe somewhere between $1 million to $5 million.

An acclaimed daytime actor, Jason Thompson has been playing the role of Billy Abbott on Y&R since January 2016.

He came in after fan-favorite Billy Miller left the show. So when Thompson first showed up as the new Billy on Y&R, not many viewers were on board with him.

However, with his impressive performance, he was quick to win the hearts of the viewers and even won a Daytime Emmy Award for Outstanding Lead Actor in a Drama Series in 2020.

The Canadian actor is also popular for playing the role of Dr. Patrick Drake on the ABC soap opera, General Hospital, where he has showcased his talent as a singer and songwriter.

The multi-talented actor must have undoubtedly accumulated a huge net worth by now. His exact net worth is not known but several sources claim that it must be somewhere between $1 million to $5million.

John Abbott is the foundation of the Abbott family. The character was created forty years ago and actor Brett Halsey originated the role. However, only one year into the show, Halsey was replaced by Jerry Douglas, who has since been playing the role on and off on the show.

Technically, John Abbott has been dead on Y&R since 2006. But he continued to appear in his son’s vision occasionally.

Once in 2008, he appeared as a brand new character named Alistair Wallingford but was written out shortly.

Nonetheless, Jerry was a staple member of the Y&R team before he passed away in November 2021 at the age of 88.

Speaking of his net worth, we must say, his long tenure at the show has helped him accumulate a big sum of money. Sources state that Jerry had a net worth of $5 million (approx.), which makes him the second richest Abbott star as of 2021.

Peter Bergman landed the role of Jack Abbott on Y&R in 1989.

As the eldest son of the Abbott household and the major arch-nemesis of Victor Newman, Jack certainly is one of the most iconic characters on the show.

But that’s not the only iconic role of Bergman’s career.

Before joining Y&R, he had already earned a fair share of fame by playing the role of Dr. Cliff Warner in All My Children for ten years.

The three-time Emmy-winning actor celebrated his 31st anniversary at the show in November last year and shows no sign of slowing down, which might be the reason he has managed to top the list.

Yes, with a net worth of $10 million, Peter Bergman is the richest Abbott star as of 2021.