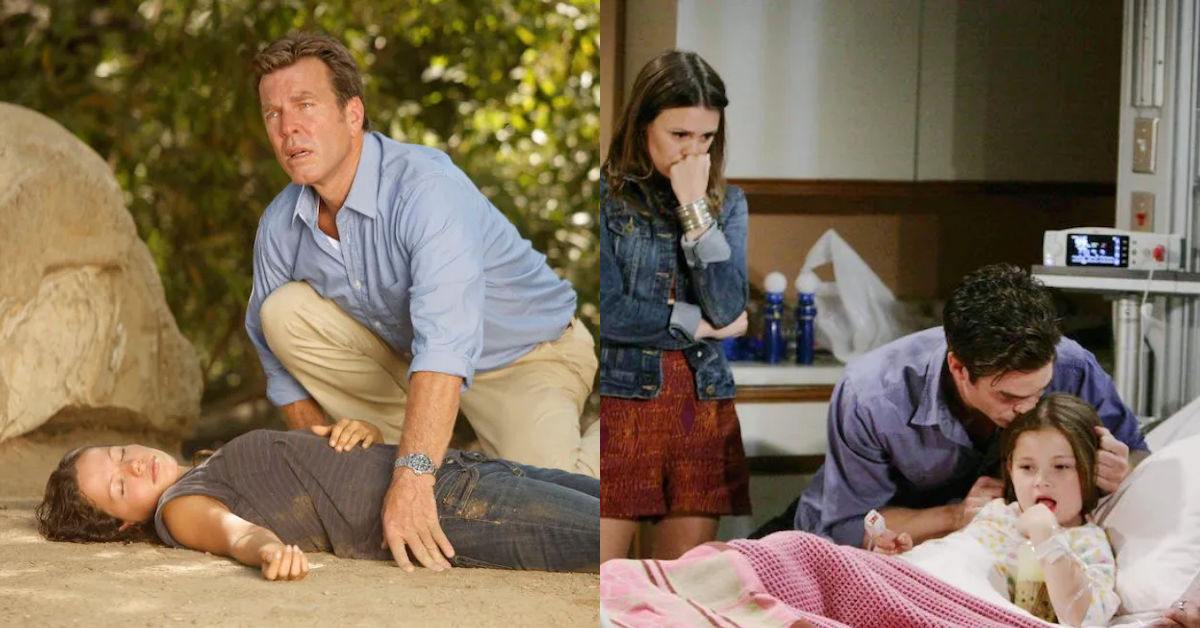 When Brad was first introduced in The Young and the Restless in 1985, the audience at once fell in love with his charming personality. Unfortunately, he fell through the ice and died in 2009, which came as a great shock to his fans. Brad died a hero trying to save Noah from drowning in a freezing lake. It’s a reason he still lives in memories of the Y&R audience.

Fans were devastated to see Don Diamont leave Y&R. Thankfully, he has landed a bigger stint on The Bold and the Beautiful as Bill Spencer.

The patriarch of the Abbott clan, John Abbott, was introduced in 1980 and was a series regular throughout the soap’s climb to the top.

Looking for some fatherly advice from the beyond? John Abbott knows just what to say. http://t.co/ERRYsNlOC0 #YR pic.twitter.com/x4BGHeYJzd

However, the then-writers decided to get rid of this legacy character for no obvious reason in 2006. He passed away after suffering a heart attack but then the writers continued to bring him back as a ghostly vision to his kids.
It would have been really nice if he had not died in the first place.

Watch on YouTube: Y&R vet Jerry Douglas (John Abbott) has passed away at the age of 88

Colleen was an interesting character on Y&R. She was notorious for her romance with J.T. Hellstrom. They were even considered a power couple while they were together.

She was the daughter of Traci Abbott and Brad Carlton. So after he died, she took over his seat on the Newman Enterprises and formed a warm bonding with Victor.

On this day in 2009 on The Young and the Restless, Colleen Carton @TamminSursok was drowning in the water when her late father, Brad Carlton @don_diamont, appeared and took her in his arms.#YR #YoungandtheRestless #TheYoungandtheRestless pic.twitter.com/DliB4tz2uF

Sadly, in 2009, she met the same fate as her father. She was kidnapped by Patty Williams. She managed to escape her but fell into a lake. She was declared brain dead after she was taken to the hospital. Traci decided to take her off life support and gave her heart to dying Victor. Colleen’s heart beats to this day inside Victor but she will forever be missed by fans.

Drucilla was an important character on Y&R. She passed away in a tragic accident in 2007 that occurred during an altercation with Phyllis in the middle of a cliff-side photo shoot.

Both Dru and her best friend Sharon fall off a cliff into the waters below. Sharon was saved but Dru’s body is never recovered and she is presumed dead.

Delia’s storyline on Y&R was related to so many key characters like Billy, Victoria, Adam, Chloe, Jill, etc. The little girl’s death was engrossing and shocking, which reminded the viewers of Cassie Newman’s passing.

Delia’s death steered Y&R into a whole new direction. Chloe and Chelsea, who once used to be best friends drifted apart, Billy’s mental health went on a downward spiral, and Chloe even supposedly killed Adam in revenge.

We still wonder what would the storylines be like only if Delia was alive. It was terrible to watch someone die at such a young age.

Do you agree with our picks? Let us know in the comments below which was your saddest character death on Y&R.