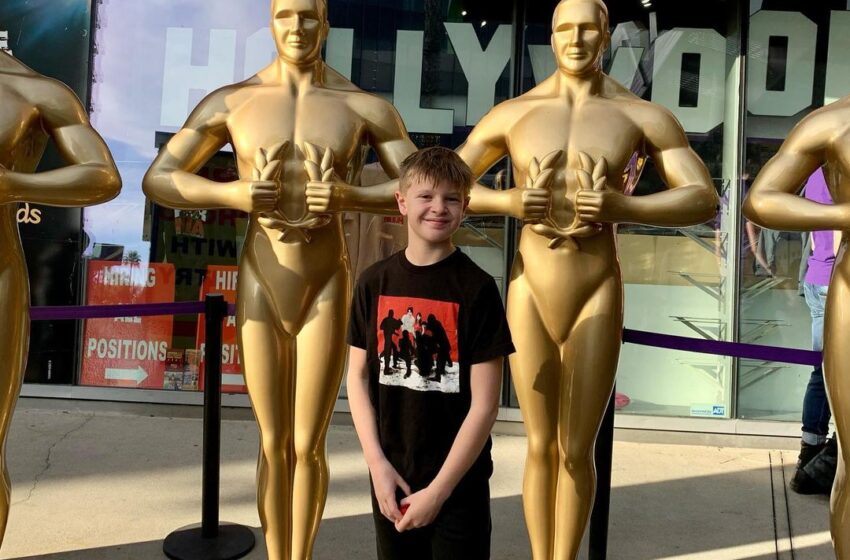 Paxton Mishkind plays Johnny Abbott on the Young and the Restless.

Who is the new Johnny Abbott? Actor- Paxton Mishkind

Paxton Mishkind is known for his role in the movie, It’s Time as Young Dalton. The child actor is 10 years old and was born in September 2012. He is known for appearing in movies The 89th Annual Hollywood Christmas Parade, Purgatory Boy, The Tree, etc.

The actor recently celebrated his birthday last week. He posted a video montage of him enjoying his day in Universal Studios Hollywood. The actor wrote, “Amazing Birthday and so excited for this year!” on his Instagram post. Judah Mackey best known for his role as Connor Newman wished him a Happy Birthday and so did his fans. The actor’s Instagram is managed by Jenna Ermold.

A few months ago in March, the actor’s Instagram post showed that he was quite busy shooting for the movie Family Heirloom. He posted a couple of photos from the set and wrote, “BTS from awesome short film, Family Heirloom. Great people and cool project! Amazing 70’s set and creepy monkey toy!”

READ MORE: What happened to Johnny Abbott? Why is Y&R recasting the role now?

The young child actor has signed a contract with Y&R . He will be portraying the role of Johnny Abbott which has been previously played by the twins, Holden and Ryan. Paxton Mishkind will make his first appearance on The Young and the Restless in the episode airing on September 8, Thursday. Johnny Abbott was last seen on Y&R in July 2021.

Paxton posted on Instagram that said he’s excited to join the cast of Y&R. He thanked his team members for their constant support. Also, the comment section was filled with tons of congratulatory messages and good luck wishes. Let’s see how this young talented actor will put his spin on Johnny and take up this opportunity to shine.

Don’t forget to watch Y&R which airs on weekdays on the CBS network.