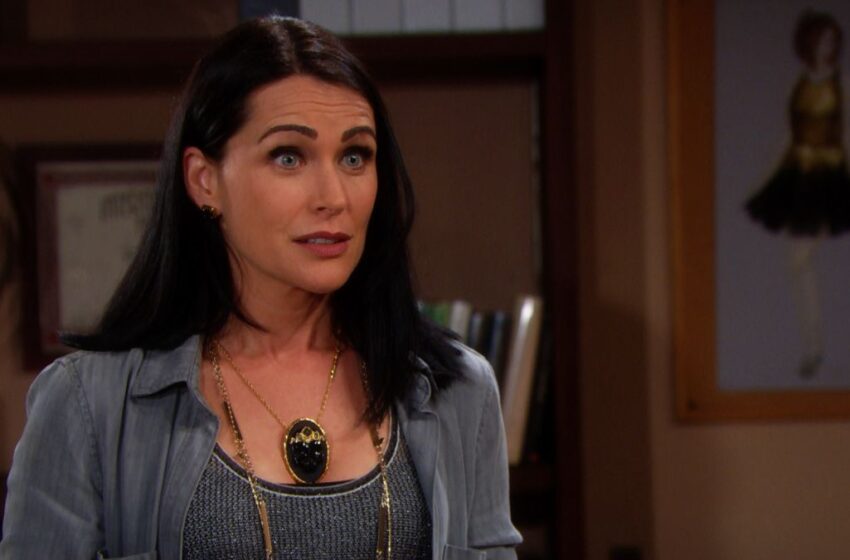 If you watch The Bold and the Beautiful, you know that Quinn Fuller embodies the name of the show. Quinn is a jewelry designer played by actress Rena Sofer. She has been portraying the character since July of 2013. Way before she was on The Bold and the Beautiful, Rena starred as Rocky McKenzie on Loving. She was then cast as Lois Cerullo on General Hospital, and would later win an Emmy for the role. If you want to know what Rena Sofer’s net worth is, keep reading. We’ve got a lot of info for you.

Rena Sofer has a huge net worth

According to most sources, Rena Sofer’s net worth is estimated to be around $3 million. Having been active as an actress since the mid 80s, it should come as no surprise that Rena’s net worth is in the millions.

She is currently in the ninth year as Quinn Fuller on The Bold and the Beautiful and her casting as a regular on the show must have done a lot to boost her net worth. Her weekly salary is estimated to be $8000. That means she makes $400k a year.

Now, let’s talk about some of the other shows she’s been in.

Who are the richest Bold and the Beautiful stars? Ranked by net worth

Rena has had roles in a lot of different shows over the years. She has had one-off appearances on shows like Seinfeld, Ellen, Friends and Two And A Half Men. She had a recurring role on Melrose Place and also appeared on multiple episodes of shows like Heroes, 24 and NCIS.

Rena made her movie debut as Shayna in 1992’s A Stranger Among Us. She appeared in Saved By The Bell’s TV movie called Hawaiian Style. Since then, she’s been in movies like Keeping The Faith, Traffic and Rock Slyde.

We know what you’re thinking? “What else has she been on?”

Well, since being cast as Quinn Fuller on The Bold and the Beautiful, Rena has not been seen in many TV shows or movies, except for an episode of Chicago P.D. back in 2014. She also appeared as herself in an episode of Jeopardy in 2017.

If you’re curious about Rena Sofer’s personal life, don’t worry. We were just as curious as you, so we scoured the web.

Who is Rena Sofer married to?

Rena married her General Hospital co-star Wally Kurth in 1995. Together, they have a daughter named Rosabel Rosalind Kurth. Sadly, the couple called it quits in 1997.

Rena got married again in 2003, with director and producer Sanford Bookstaver. In 2005, she gave birth to her first baby with Sanford, named Avalon Leone. They too got divorced in 2017. The couple reconciled and remarried in 2019.

You can watch Rena Sofer in action as Quinn Fuller on The Bold and the Beautiful. The show airs weekdays on CBS.

Tags: bold and the beautiful cbs cbs daytime net worth